When Mighty Church Leaders Fall, Do They Crush the People Underneath?

In our younger years, my husband the Norwegian Artist and I bicycled through small-town America, and for housing, we often asked a local church if we could camp in their basement. Encountering everything from open-armed hospitality to outright hostility, we ultimately found ourselves attending a lot of church services.

One that made permanent memories was a revival meeting, in a tent, complete with wood shavings (the woman in front of us jumped up with an “OH!” as if she had been stuck with a pin) in which the speaker discussed the Cedars of Lebanon.

According to the speaker, these huge trees, towering over all other life in the forest, were the pastors God ordained to lead the sheep, and when the trees fell — he didn’t particularly mention why — then dreadful things happened, because everything under the massive trunks was crushed under its weight.

Get to High Ground

Now in my mind, the lesson of the day is that you don’t set up your sheep herd under a bunch of huge trees that are prone to topple, but the speaker didn’t address this. He just emphasized the importance of the mighty trees, and how firm and straight they grow, and how they protected the sheep by encircling them and keeping them confined.

Personally, I did not like being consigned to the bottom of the forest, at risk of being whacked over the head and summarily flattened, and it hurts my neck to tip back so far in order to see the tops of the trees. Radical that I was, I wondered — why aren’t ALL of God’s saints considered trees of Lebanon? Isn’t it important for all of God’s children to be straight, strong, firm, and immovable?

Not so, according to the speaker. Most people are sheep, and they need the trees.

Sadly, in modern-day establishment Christianity America, this appears to be so, and too many people flock — literally — to a pastor of power and words and magnetism, to teach them. Oddly, however, despite however many years they spend with this man (for he frequently is a man — many denominations finding all sorts of verses to discount the voice of women), the sheep don’t necessarily grow or learn as they properly should, in accordance with Ephesians 4:11-12:

“It was he who gave some to be apostles, some to be prophets, some to be evangelists, and some to be pastors and teachers, to prepare God’s people for works of service, so that the body of Christ may be built up, until we all reach unity in the faith and in the knowledge of the Son of God and become mature, attaining to the whole measure of the fullness of Christ.”

I thought of this today when someone on Facebook posted a link about Mark Driscoll, the pastor of Seattle’s Mars Hill Church who is in the news, according to a Seattle Post-Intelligencer article by Joel Connelly, because 21 former pastors of the church have lodged formal charges against him. Reading through this article and related posts,  I couldn’t help but wonder,

“How do churches get so big? And what compels people to follow, so intimately, one human being?”

And, in following such a leader, any leader, are the congregants built up, knowledgeable, and mature? Logic tells one that, when we learn, we begin as children, starting with the basics. We soon outgrow those basics, adding to them until, at some point, we reach, or supersede, our teacher, and are ready to move on to teach others ourselves.

Is this what happens in churches — small or mega — or do the Cedars of Lebanon tower so tall that they keep sunlight from hitting the ground below?

Christians: we are a chosen people, a royal priesthood, a holy nation, a people belonging to God, that we may declare the praises of him who called us out of darkness into his wonderful light. (1 Peter 2:9)

At what point will we start taking seriously our individual responsibility to interact with God, to read His word, to pray — one on one — to Him and seek His guidance, His leadership, and His teaching? Or will we always be content, eating tufts of grass in the shade and shadow of the trees?

Thank you for joining me at Commonsense Christianity, where my consistent message to Christians is to stop following the (human) leader and focus on following Christ. You can do this — you really can — and when you take teaching from another human being, don’t toss your soul, heart, brain, and mind in front of his feet as well.

Learn from others. But don’t worship them.

Are You Qualified to Study the Bible?

The Misfit Christian (my book for truth seekers who feel nudged out of the group, and are tired of being called “difficult.” Have you ever thought, instead, that perhaps you are perceptive?) 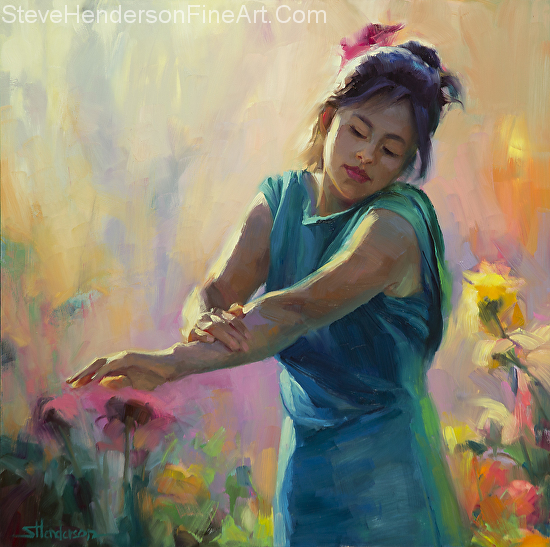 Are We Being Bullied to Think a Certain Way?
archives most recent
More from Beliefnet and our partners
previous posts