Near Death Experiences — Don’t Fall in Love with Them

“Did you read the book?”

“Then what makes you think you can have an opinion on the matter?”

I grew up in a family of scientists, where not having a PhD in a discipline (and most 13-year-olds don’t have one of these) meant that you were unqualified to have an opinion on the topic at hand — evolution, say, or the nutritive content (or lack of) of pesticide-laden food.

I learned early that an effective means of squashing dialogue and dissent is to call the other person stupid or unqualified, a technique used liberally in the scientific, political, educational, religious, or financial communities today. (As an aside, since most of the people “representing” these areas don’t have English degrees, perhaps they should refrain from writing, ever. See the absurdity?)

So it is when you, or rather, I, express misgivings about Near Death Experiences, first-hand accounts by people who have died medically, been transported elsewhere (heaven, or hell), and returned to tell of their experiences.

It’s not that I don’t believe them — although the more money they make in the process of telling their story the less credence I give to their motives — it’s that I don’t need their stories to confirm my faith, and I encourage my Christian brothers and sisters, especially, to be wary, very very wary, about incorporating NDEs into their faith life.

1) Scripture expressly tells us to not try to break the barrier between this world and the next. Leviticus 19: 31 says, “Do not turn to mediums or seek out spiritists, for you will be defiled by them,” and Isaiah 8: 19 asks, “Why consult the dead on  behalf of the living?”

Many NDE messages include words of advice from dead loved ones, to “go back and tell the world about this,” (generally in a book, movie, and multiple talk show appearances), but “it is not the dead who praise the Lord, those who go down to silence.” (Psalm 115: 17)

No Eye Has Seen, No Mind Has Conceived

2) Nobody on earth knows what heaven looks like. 1 Corinthians 2: 9 tells us, “No eye has seen, no ear has heard, no mind has conceived what God has prepared for those who love him.”

These words come from the apostle Paul, who later spoke about a man (many think this is autobiographical) who “was caught up to paradise. He heard inexpressible things, things that man is not permitted to tell.”  (2 Corinthians 11: 28) No books, no movies, no talk show appearances.

While there are many accounts in Scripture of the dead being brought back to life — Lazarus (John 11: 38-44); Jairus’s daughter (Mark 5: 35-43); the widow’s son (Luke 7: 11-17) — distinctly absent are firsthand accounts from these people about their experiences.

3) Jesus Himself, the best source of truth about what life is like after death, does not share this information with us. In the 40 days after His resurrection and before his ascension, Jesus , “beginning with Moses and all the Prophets . . . explained to them what was said in all the Scriptures concerning himself.” (Luke 24: 13-35)

Christ’s focus was not details about the afterlife, but teaching how Scripture was fulfilled in Him, and instructions to His followers to “go make disciples of all nations.” (Matthew 28: 19)

Is God Glorified? How?

4) God is not glorified through NDE experiences, but human beings are. Point number one touches upon the innocuousness of the message brought back, and how the supremacy and sovereignty of Jesus Christ is not part of that message.

In Matthew 17: 1-13, Jesus, in the Transfiguration, is visited by Moses and Elijah, and this mountaintop experience is witnessed by Peter, James, and John. Peter’s response is distinctly human-based:

With a cover charge, perhaps?

“Don’t tell anyone what you have seen, until the Son of Man has been raised from the dead.” (Matthew 17: 9)

THAT particular event is the big one, and it is the one that is shoved into the background when we focus upon, seek out, and place our trust in Near Death Experiences.

We are told that, in the latter days, “false Christs and false prophets will appear and perform great signs and miracles to deceive even the elect,” (Matthew 24: 24) and while many, no doubt, of NDE speakers have genuinely experienced something, if that experience does not glorify Jesus Christ, then it’s not a message worth focusing on.

For now, we are increasingly getting messages from “beyond.” In the future, we will be told that Christ Himself has appeared.

Thank you for joining me at Commonsense Christianity, where I encourage Christians to make a distinction between the words “spirituality” and “Christianity.” Just because something generates from the spiritual realm, does not mean that it is from God.

Newly published, The Misfit Christian — Empowering the Believers and Seekers Who Don’t Fit into Contemporary Church 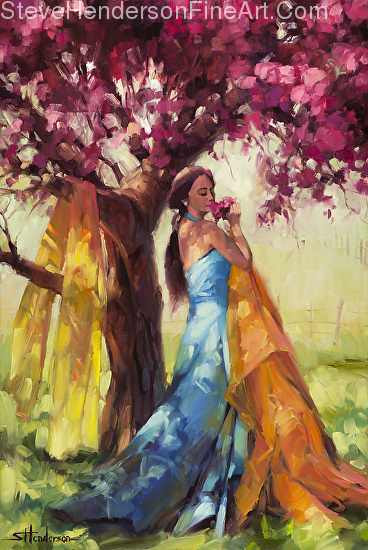 Is It Enough -- Just to Believe?
archives most recent
More from Beliefnet and our partners
previous posts