False Leaders, Speaking in Our Name

In our younger years, prior to children, the Norwegian Artist and I traveled through and lived in South America, where our most fervent hope was that we would be thought to be Canadians, Danes, Australians, or anything other than Americans, for two main reasons:

1) Because of our exported media products — movies and TV shows — people were convinced that all Americans are rich and carry massive amounts of cash on them,

2) Nobody liked our president. Everything he did and said, they blamed on us.

They Don’t Speak for Us

“We are not our politicians or our media moguls,” we told those who would listen. “They speak for us as about as much as your politicians, or your guerrilla groups, speak for you.”

Sometimes, that got through, but most of the time they countered with, “But where do you park all of your cars?”

As Christians, we face a similar problem today, and again it stems from media and national icons: non-Christians judge us upon the voices of self-appointed leaders who keep cropping up, like fungus on the backside of a log, “speaking” (and writing, and selling books) purportedly for Christ.

False Prophets with a False Message

The result is the same: people who don’t know Christ (and too many who do) think He’s all about making money, and policies are being pursued, in our collective name, that we have no say in the making.

A week doesn’t go by these days that I don’t see this “beloved Christian leader” or that “strong voice for Christianity” off to the Vatican, meeting the Pope in my name, rejoicing about the ever-increasing inclusiveness of Christianity.

Other times, a Name and Face is at the White House, smiling and shaking hands all around, extolling a national day of prayer and reflection, encouraging us all to “join together in one voice to one God.”

Not All gods Are the Same God

Only we don’t all believe in the same God. Some people don’t believe in Him at all, others believe in gods who aren’t God —

“Great is the Lord and most worthy of praise; he is to be feared above all gods.

But these spiritual leaders — foisted upon us and kept there because we support them by buying their products — tell the world that we are one brotherhood, one people, one big happy family under one God. Or Goddess. Or cosmic consciousness. Power within. Great Architect of the Universe. Baal. There are many names of God, you know. Does the Bible say that, quite like that? The gurus do.

It’s not particularly popular to be labeled, “non-inclusive,” but seriously, folks, if you want to be a Muslim, you sort of have to follow their rules and read their book. If you want to belong to a Baptist Church, you accept their creed and live by it, which does not include, incidentally, loyalty to the Pope. If you want to be a Catholic, membership does include loyalty, actually submission, to the Pope. The differences between the three belief systems in this paragraph are so strong — in major theological areas — that, while we can “agree to disagree,” and can get along remarkably well with one another when Leadership Voices (political, ecumenical, corporate, and media) shut up, we cannot say that we pretty much believe the same thing, because we don’t.

Over 30-plus years of being a Christian, I have seen “Christian Leaders” come and go (sometimes it takes a long, long time, and then their son steps in and keeps it going yet another generation), but the similarity factor is this:

We may not put them there, but we keep them there.

We’re Always Reading Some Other Book

When we were still church attenders, we were regularly assaulted from the pulpit and the weekly bulletin by admonitions to join This group and read This book — entire “Bible” studies were and still are set up around a specific book, a particular name, a video, a personality, and rather than read God’s word for themselves and follow it, church members found purpose and meaning and drive and life in the words of another. And because we bought all of the guru’s products, he kept making them, and we kept funding him.

And now he — the names change but the damage does not — speaks for us on a national and international level.

Prophets — real prophets — tend to have an unpopular message because people, all people, do not want to be told that we’re on a deceptive path, we’re seeking the wrong things, and we’re worshiping idols. So, to suit our own desires, we gather around us a great number of teachers to say what our itching ears want to hear. (2 Timothy 4: 3).

And it isn’t this:

“‘Do not let the prophets and diviners among you deceive you. Do not listen to the dreams you encourage them to have. They are prophesying lies to you in my name. I have not sent them,’ declares the Lord.” (Jeremiah 29: 9)

The next time someone approaches you with a book in their hand and thrusts it toward you with this sentence,

why not hold up your Bible and reply,

Thank you for joining me at Commonsense Christianity. I’m just not a groupie sort of girl. “Teamwork,” to me, does not mean giving my time and energy so that one person can be the quarterback, but rather, it looks more like being a family member — where we are all cherished and loved by our Father, and we don’t let anyone get away with taking four cookies when there’s only enough for one cookie each. (On that note, thanks, Sylvia, for the idea for this article’s ending. You’re not a guru: you’re a daughter of God and a sincere Christian. You seek, and speak, truth.) 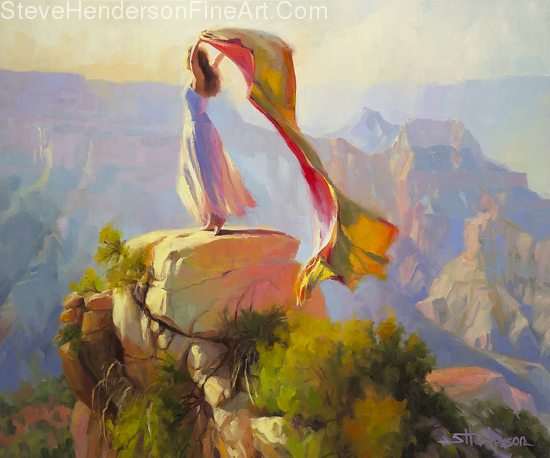 What Kind of People Leave Church?
archives most recent
More from Beliefnet and our partners
previous posts