When Your Feet Hit the Floor, Does the Devil Scoff?

We are a society that lives by one-liners and Facebook memes.

The book of Proverbs, come to think of it, is filled with one-liners, but they’re not particularly funny, so we don’t see posts like this go viral:

“When the righteous thrive, the people rejoice; when the wicked rule, the people groan.” (Proverbs 29: 2 — Two people Liked this; nobody Shared)

How Clever We Are

Yeah, we like that. We’re tough, we’re savvy, we’re clever, we’re foxy, keen, sharp, and cunning. So much so that the devil shakes when we level our gaze at him.

Only he doesn’t, you know. Satan’s most notable encounter with Woman was with the first one, Eve, who since she was the mother of all of us, would probably be the most perfect specimen around.

Unfortunately for us and future Facebook memes, the encounter didn’t go well, at least for humanity. In Genesis 3, Satan starts by planting doubt in Eve’s mind:

“‘Did God really say, ‘You must not eat from any tree in the garden?'”

and instead of responding,

God gave the tree a specific name — the tree of the knowledge of good and evil — and He never said anything about not touching it. Minor points, but just because something’s small doesn’t mean it isn’t important.

“‘You will not surely die,’ the serpent said to the woman. ‘For God knows that when you eat of it your eyes will be opened, and you will be like God, knowing good and evil.'”

He fed her the line that we — women and men — have been chewing on ever since: You can’t trust God. He holds things back from us. He really doesn’t know, or want, the best for His children, but has some sadistic plan of His own.

Replace the word “God” with Satan, and you’ve got the truth, but Eve — the prototype for all females who follow, fell for the lie. What makes any of us think that we have what it takes, when she did not?

Ah, but we have Jesus, Christians reply.

Okay, let’s look at that:

First of all, nothing in the meme about our feet hitting the floor implies any concept of our depending upon the strength, wisdom, grace, knowledge, or judgment of Christ. That little saying’s saying a lot of about what slick chicks we are — and it specifically singles out women. Men are too dumb, we snicker, to deal with the devil. It’s enough for them to try to understand women.

Second, the ONLY person who makes the devil, and his demons, quake is Jesus: in Mark 5: 12 a legion of them begged Jesus’ permission to enter a herd of pigs, which then hurled themselves over a precipice into the water below and drowned.

In the same account recorded in Matthew 8: 28, the demons shout,

“‘What do you want with us, Son of God? Have you come here to torture us before the appointed time?'” I’m picking up on some insecurity there, and I doubt it has anything to do with a lack of self- esteem.

They’re not shuddering at you, Sweetie.

Before Your Feet Hit the Floor, Do This

The only way you, or I, or any woman, or man, is going to be the type of person who makes Satan shudder when our feet hit the floor is if we say this while we’re still in bed:

“Jesus, I won’t make it through the day without You. Guide me. Teach me. Love me.”

If there are bullies who beat you up, every day, and your big brother finds out about it and walks you to and from school, the bullies aren’t going to run away because of anything to do with you.

They’re going to run away because of Him.

Thank you for joining me at Commonsense Christianity, where I enjoy looking at the quirks of our modern life and determining how they affecting our interpretation of Scripture.

Read the Book. It’s not particularly funny, or witty, although God does have a sense of humor. It does, however, have a lot more wisdom than any cute saying on a digital placard.

“God Helps Those Who Help Themselves.” Yuck.

Child of God: You Are Much Beloved 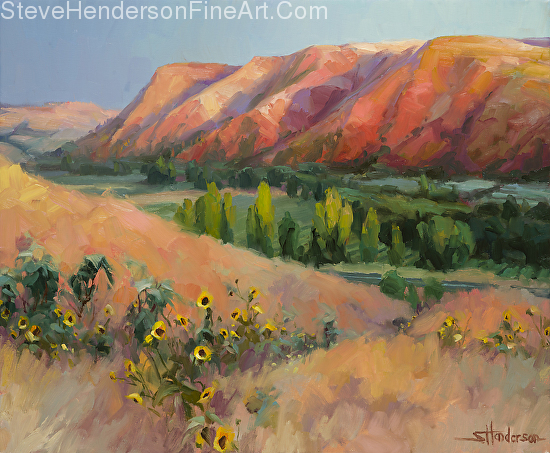 Sometimes, Normal Is Abnormal
archives most recent
More from Beliefnet and our partners
previous posts