I was in the big city, waiting to pick up air travelers who were three hours late starting a three-hour flight, and I had time in my hands. There’s only so long you can sit in Starbucks without a digital device, so I wandered into the bookstore. Twice.

Eventually, after reading every knitting book on the shelf, I made my way to the Christian section, but not because I wanted to peruse any product promoted by huge, Christian publishers (most owned by secular companies) with an agenda that has less to do with strengthening the saints as it does with bringing in money, money, and more mammon.

A man’s toothy grin beckoned from the jacket, inviting me to empower my life with Jesus. His face was everywhere —  front view, slightly side view from the right, honing in from the left, blue suit, black suit, dark heather sports jacket, same smile, same haircut. I felt as if I were in some mother’s living room, looking at the wall of her son.

Several women gazed at me — compassionately, strongly, solicitously — their names on the book jackets more prominent than the title, their unspoken assurance that they’ll walk through this with me, they know how hard it is to be a woman, and most especially a woman of God, and they will teach me how to be that person. They have a devotional just for me. And a special Bible, with their comments and commentary in text boxes throughout, and pretty flowers on the cover. Oh, how they care about me. They have for years and years.

Familiar names clamored from the shelves — some of these people, at one time, wrote a decent book, and have basically been re-writing it ever since. It gets shorter, spunkier, sassier, modernized, and it’s aimed at teens, tweens, divorced women, twice-married men, college students, or high school drop-outs. Whatever your life situation, there is a book, and an accompanying study guide, to get you through it.

If the familiar names are dead or retired, not to worry — their sons and daughters carry on the dynasty.

There were books about raising children, improving my self esteem, managing money, and submitting to the professional tutelage and guidance of others. There were treatises on being radical, man; resting in His blessed arms; and getting out there and kicking butt for Christ.

In a section that was 20 times the size of the knitting category, there was very little to read.

One Name, above All the Rest

It’s not that there’s nothing out there, it’s that there’s too much of little import, little meaning, little actual teaching — even the Bibles can’t stand on their own without the NAME of somebody (not I Am Who I Am) driving the sale. The whole reason I’d wandered there, actually, was to find a a Hebrew/Greek study Bible, but there wasn’t one.

Are we really so dependent upon a particular human being, and his or her thoughts on everything about our life, to live that life?

When I was younger, I used to roll my eyes when people said, “The Bible tells you everything you need to know.”

“Yeah, right,” I thought. “What about managing money, and finding a job, and teaching kids, and baking bread?”

My problem, however, was that I never really read the Bible — like many Christians, I managed with a once weekly church visit, listening to the pastor explain his chosen passage. Quite fortunately, unlike many Christians, I avoided Christian “how-t0” books — I never could understand how people who lived a lifestyle far beyond any I could imagine could tell me how to cope with daily worries they knew nothing about.

The Best Thing That Happened, Was Bad

But the best thing that happened to me was when my life fell apart, and everything I had depended upon crumbled, and so many people I thought were friends, were nothing more than once-a-week, Christian acquaintances, about as deep as the sermons. In my quest to figure out just who I Am Who I Am was and is, I threw myself into the Book He wrote — and I read, and read, and read.

And I began to realize that yes, the Bible really does tell us how to live, far better than 40-feet of shelf-space in the Christian books section, and we don’t need to depend upon the words and counsel and directives of people who are better known for their names than their wisdom. We have the true Word, and the ultimate Counselor.

“Jesus entered the temple area and drove out all who were buying and selling there. He overturned the tables of the money changers and the benches of those selling doves. ‘It is written,’ he said to them, ” ‘My house will be called a house of prayer,’ but you are making it a ‘den of robbers.'” (Matthew 21: 13)

You don’t have to avoid all Christian books. But read the Real One, first, and learn to discern which of the marketplace products are worth your time.

Thank you for joining me at Commonsense Christianity, where my goal is to wake up the sleepers, and encourage the seekers. 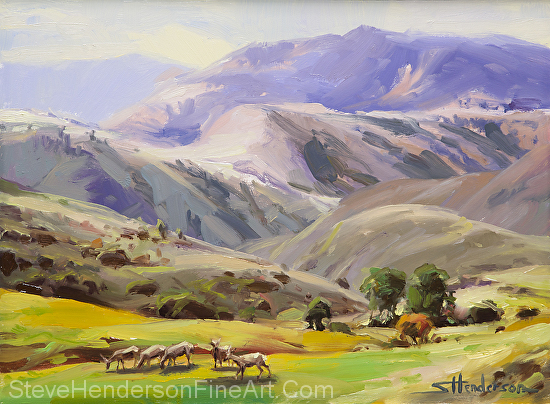 Trust God, and Get Your Jammies on
archives most recent
More from Beliefnet and our partners
previous posts