The Audacity of Despair

Recently, the Norwegian Artist convinced me to watch the kind of movie that I — and he incidentally — hate:

Pure naturalism, in which the story starts out mildly bad and goes downhill from there. Any hope that the character encounters is a forlorn one, and the end, inevitably, is death and despair.

“It’s like real life,” proponents says. “Because real life sucks. There is no hope.” (Interestingly, many prominent propounders of this philosophy enjoy material comforts beyond what many of us — who childishly cling to hope in a God who cares about us — could even imagine.)

That’s the name of the movie, a 2013 flick starring Robert Redford. In retrospect, the Norwegian and I realize it was baldly literal, but initially we thought we had found a classic adventure story, man versus nature and all that, with grit and determination and pluck and vigor and valor.

Critics hailed it as a masterpiece of artistic expression, in which the main character, Redford (the only character, actually, unless you count the yacht and the life raft; no soccer ball) wakes up, in the middle of nowhere, with a damaged boat. That’s the optimum optimism of the movie.

Of course he encounters storms, which destroy the boat, downgrading him to the life raft and a spiraling series of increasingly bad situations — life, without hope, is the basis behind naturalism — and eventual death. Or not.

In what the creators propound as ingenious cleverness that comes across as trite, the ending scene shows Redford drowning, then swimming to the surface where a disembodied hand reaches out to clasp his own — reminiscent of Frodo grabbing Sam’s wrist in the final scene of the Fellowship of the Ring.

“Was he rescued? Or was he not?” is the burning question. Ho hum. According to our sagacious critics, pessimists (which they also refer to as realists), say no. Optimists (um . . . non-realists?) say yes. Religious people (idiots, is the working term) simplistically see the main character — who throughout 100-plus minutes of discouragement, despondency, and desperation never once calls out to God, even to damn Him — SAVED at the end and on His way to Jesus in the sky.

Oh, gosh that’s sweet. After 106 minutes of following this man in intricate detail, down to seeing him spit, we don’t know if he lives or dies at the end. And frankly, I don’t care.

It’s all summed up in one of the few lines in the movie, words the protagonist writes in a note and stuffs in a glass mason jar that he tosses into the sea:

“I’m sorry. I know that means little at this point, but I am. I tried. I think you would all agree that I tried. To be true, to be strong, to be kind, to love, to be right. But I wasn’t.”

That’s spot on, you know, but the conclusions drawn divaricate.

I can’t help but think that Redford, in agreeing to play the part — and with his career and his clout he doesn’t have to take anything that comes along — obliquely agrees with his character’s words: it’s not enough to be powerful and rich and well known and, at one time, the kind of guy that every man envied and too many women threw themselves in front of. And maybe, at 77, that’s starting to dawn on him.

King Solomon, who like Robert Redford was rich and famous and sought after, handsome in his youth and a playboy of the old, old days, came to realize that it’s all

The money, the fame, the accolades, the golden statues, the worship, the girls, the life of stuff and things that many people dream about but will never achieve, satisfying themselves, instead, with a dog and a yard and a hammock. Ordinary people, ridiculed by the financial and artistic elite, often learn that life is more than money and the power money buys because we never have enough, and many of us, to get through the day and the stress and the uncertainty, turn to God as the only way to survive. We KNOW we’re not enough.

Blessed by Being Ordinary

And ultimately, perhaps we’re the blessed ones, because we’re not fooled for 10, 20, 30, 40 years — if we live to be 106 we are still “a mist that appears for a little while and then vanishes” (James 4: 14) — by corruptible pleasures into thinking that our good times will never end.

But, when we ordinary people realize this, we don’t have the means to widely infect others with our despair, camouflaging it as “art,” beauty,” “wisdom,” and “perception.”

If you’re seeking those four elements, along with hope, truth, and love, look far, far away from Hollywood.

Thank you for joining me at Commonsense Christianity, where I seek to separate culture from Christ. Saturated by media and media influence — which pervades our government, schools, workplaces, and churches — we can easily be misled into following the wrong path, and calling it truth.

Don’t Worry: It’s Not All up to You

God Helps Those Who Help Themselves. Yuck.

And speaking of money, and how ordinary people live on a set, limited amount of it, I wrote a book called Live Happily on Less that encourages you on how to do just that.  (“But if we have food and clothing, we will be content with that.” 1 Timothy 6: 8) 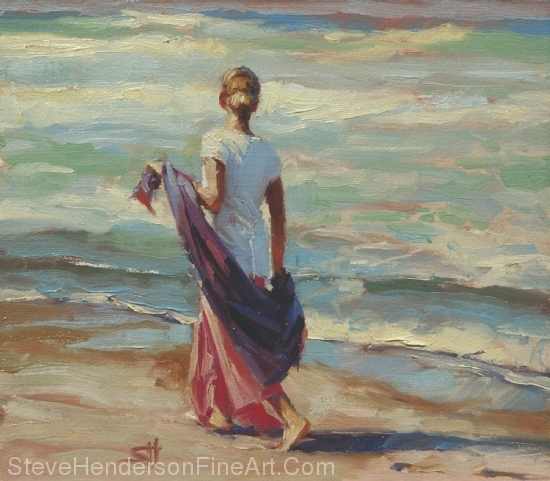 Sleeping Christians: Wake. Up.
archives most recent
More from Beliefnet and our partners
previous posts