As an intelligent person, I know that the Make a Million NOW! type books only make a million for a limited number of people, not the least of which are the authors. Nonetheless, there’s always that little bit of aggressive, greedy American in me who thinks,

“But what if they really work?”

“What if it really is easy to be a millionaire, and I’m just too dumb to do it?”

And then my mind flies back into my body again and I move on with life because logic alone tells you that if making a million dollars were as easy as the books promise, we’d all be sipping Mai Tais by our swimming pool.

It’s bad enough that these books abound, but not surprising, because humans being what we are, we like stuff and lots of it, and anyone who can tell us how to get lots of stuff has our attention.

The Love of Money, and Christians

Unless we’re Christians, that is, because as Christians we don’t live in a world ruled by money and an insatiable desire to have more and more things.

The other day at a hotel the Norwegian Artist and I were flipping through the 596 channels available on Direct TV when we saw a series of familiar faces (“Wasn’t he arrested several years ago for fraud?”) and a bunch of new ones, but all of the mouths were uttering pretty much the same message:

“JESUS has a plaaaaaan for your life!”

“JESUS is the God of ABUNDANCE, and He wants you to share in his Gloooooooorious riches!”

“The Power of JESUS will answer your prayers!”

Where Does the Money Come From?

To make sure that the latter prophecy comes true, it’s important to buy the book, whatever it is and whoever it’s by, and while you’re at it, tuck in an extra $50 to keep this valuable ministry going. The scary thing about these messages is that, if you listen to them long enough, you might start to believe them.

Apparently people do, because the faces with the message — who are, indeed, enjoying an abundance of material blessings — don’t go away. And you wonder,

“What if it’s true? What if the reason that I’m struggling is because I really don’t know the ‘secret’ to tapping into the Power of God? What if I’m truly a faith-lacking, weak, useless Christian?”

Well, if it’s any help, yes, you’re weak and yes, you lack faith — we all do. God is the strong one, and the faith we need to get through each day comes from Him, not us, so relax on those counts.

If you’re a loser because you’re not rich and powerful and famous, then you’re in good company with all of the apostles, a series of martyrs that continue to the present day, and Jesus Himself, because when the Christian life, my friend, talks about riches, it isn’t referring to the numbers in your bank account.

But if you’re still doubtful, because the message of prosperity is so strong and pervasive, then change channels and listen to a different type of evangelist — Richard Wurmbrand, a Romanian Christian author and minister who spent a total of 14 years in prison; he was the founder of the Voice of the Martyrs and the author of Tortured for Christ, from which this quote derives:

Another Kind of Christian Lifestyle

“The tortures and brutality continued without interruption. When I lost consciousness or became too dazed to give the torturers any further hopes of confession, I would be returned to my cell. There I would lie, untended and half dead, to regain a little strength so they could work on me again.

“Many died at this stage, but somehow my strength always managed to return. In the ensuing years, in several different prisons, they broke four vertebrae in my back, and many other bones. They carved me in a dozen places. They burned and cut eighteen holes in my body.

“When my family and I were ransomed out of Romania and brought to Norway, doctors in Oslo, seeing all this and the scars in my lungs from tuberculosis, declared that my being alive today is a pure miracle! According to their medical books, I should have been dead for years. I know myself that it is a miracle. God is a God of miracles.

“I believe God performed this wonder so that you could hear my voice crying out on behalf of the Underground Church in persecuted countries. He allowed one to come out alive and cry aloud the message of your suffering, faithful brethren.”

Wurmbrand rejoiced because God performed a miracle in his life.

And it had nothing to do with a new car.

Do you feel humbled? I know I do. 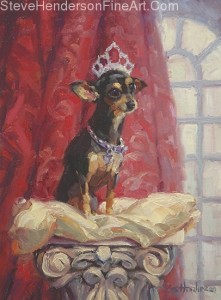