The Atheist’s Cry to God

Recently, someone sent me this quote by Marc Barnes of Bad Catholic:

“Somehow, a hostile hatred of God is closer to love than a bored and boring apathy, for it strives — at the very least — to meet His gaze and live.”

Rare, or non-existent, is the person who has made it through life so far without shouting/swearing/ranting/raving at God for whatever is going on — or not going on — and an honest person will admit that he is not Job.

But if you are stupid enough, like I am, to mention in religious social circles that you have raged at God — which generally implies that some of your language choices have been questionable — you will frequently meet with severe disapprobation.

This fear of disapprobation nearly prevented a friend of mine from sharing with me about the time she spends, alone, in the wheat fields surrounding her house, shouting. I could feel her eyes on my face, seeking out the disgust that she knew would be there.

“I shout in the car,” I replied. “I try to do it in such a way that fellow motorists and pedestrians don’t notice, so my favorite venue is the highway.”

Because my morality score with the bored and apathetic Christians, the ones who satisfy themselves exclusively with Sunday morning attendance and weekly small group meetings, is so low, I do not worry about justifying what they would consider a severe lack of faith. (Incidentally, not all Christians are bored and apathetic, and those who are not, battle this perception.) My concern is for people like my friend as well as for the hidden seekers: wounded people who lash out at God for His perceived lack of concern, His silence, His indifference to human suffering, which includes their own.

Some of these people call themselves atheists, unable to believe in the cold, distant, disapproving God that so many people are satisfied to say that they serve. Their anger masks the disappointment they’ve encountered in not finding the God that they — and all of us, really — are looking for:

We need a God who cares about us the way a true, decent father cares about his children — one who loves us unconditionally, who picks us up and cradles us when we fall, who patiently guides us to be better, kinder, compassionate people — the kind who mirror the parent we run to for protection and love.

That’s the only God worth looking for, serving, loving, and submitting ourselves to — and while this is the way God really is, the way He is presented in the marketplace today isn’t particularly appealing. That we cannot bare our raw emotions in front of Him without being scourged by onlookers is evidence enough that our conventional, established, weekly interpretation of God isn’t the real thing.

The Opposite of Love Is Hate, Not Apathy

Anyone who has been jilted in a close personal relationship knows that the standard human reaction by the jilted person isn’t apathy — it’s hate — because someone whom you cared about very very much hurt you. If you hadn’t loved them so much, desired a relationship with them so fervently, then you wouldn’t react with so much emotion and angst.

So it is with many — but not all (isn’t there always a caveat?) — people who say that they hate God. It’s not that they don’t have a heart for Him, but that, at some point, they gave that heart to Him, and they felt that it was returned, torn apart, and tossed into a box. They were looking for love, and they found indifference.

If this is you, I encourage you to keep looking, and don’t be sidetracked by the many shallow interpretations and explanations for who and what God is: He is either all goodness, or He is not. My conviction that He is the former is what keeps me following Him, calling to Him, shouting in the car.

It’s Better to Shout in the Car

“I know your deeds, that you are neither cold nor hot. I wish you were either one or the other! So, because you are lukewarm — neither hot nor cold — I am about to spit you out of my mouth.”

People may call you, as they call me, weak for expressing anger so fervently and openly, but even if we express our passion “wrongly,” we do so because we feel — deeply — and we demand and desire a God who fulfills our rawest spiritual and emotional needs. In your anger and bitterness, you are closer to finding Him than many people who boast that they know Him very well. 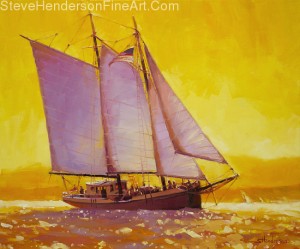 Christian Prosperity: What Does It Look Like?
archives most recent
More from Beliefnet and our partners
previous posts