workplace hijab can be banned in the EU 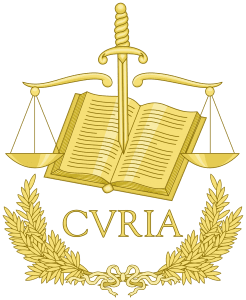 I have long argued that there is an inherent tension between the ideals of the Enlightenment and spirituality. This ruling from the European Court of Justice (the EU equivalent of the US Supreme Court) is a case study for that tension:

Companies may ban staff from wearing Islamic headscarves and other visible religious symbols under certain conditions, the European Union’s top court ruled on Tuesday, setting off a storm of complaint from rights groups and religious leaders.

In its first ruling on an issue that has become highly charged across Europe, the Court of Justice (ECJ) found a Belgian firm which had a rule that employees who dealt with customers should not wear visible religious or political symbols may not have discriminated against a Muslim receptionist it dismissed for wearing a headscarf.

The ECJ tries to thread the needle, however, by stating that companies may not cater to their customers’ prejudices:

[The court] determined that the case of the French engineer Asma Bougnaoui, fired by software company Micropole after a customer complaint, may well have been discriminatory.

Reactions, however, focused on the findings that services firm G4S in Belgium was entitled to dismiss receptionist Samira Achbita in 2006 if, in pursuit of legitimate business interests, it fairly applied a broad dress code for all customer-facing staff to project an image of political and religious neutrality.

The ruling will have different impact in different countries based on national religious freedom laws, which vary from EU nation to nation – headscarves are outright banned in France, for public sector jobs, for example.

The main issue here is that Europe holds to an ideal of secularism rather than religious freedom. There is nothing remotely similar to the First Amendment in Europe – the concept is fundamentally alien. That’s not surprising given that the first colonists from Europe to America were escaping religious persecution. Given that Europe’s immigrant population is colonial, whereas in America it is aspirational, there is already a barrier inherent in European society towards integration. In Europe you must assimilate, not integrate. That is not freedom, it is fundamentally oppression.

Of course, other religious groups, even racially white ones like the Jewish community, are rightly aghast at this ruling. But this is the reality of a civilization built on Enlightenment values, which state that human reason and rationality are objective and pure. That’s the central delusion upon which European oppression in the name of secularism is built. It’s not that far removed from Chinese oppression of the Uighurs in Xinjiang. 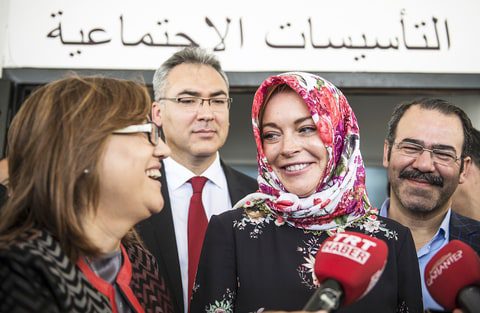 Is Lindsay Lohan converting to Islam?
archives most recent
More from Beliefnet and our partners
previous posts