The tragedy in Orlando is a harsh return to reality from the fantasy escape of the Muhammad Ali funeral.

CAIR Florida launched a donation page at LaunchGood for the victims’ families: 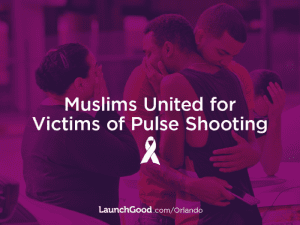 ‪#‎Orlando‬ Senseless. Barbaric. Despicable. As the shouting wars begin on television and social media, don’t forget the grief of the families who woke up to the news that their loved ones were ruthlessly taken away from them. Our thoughts and prayers are with them today. We condemn this unspeakable horror.

We just spent a week honoring a man, well known to us, who was inspired by Islam to spread peace & justice to every corner of this world, touching millions of lives in a beautiful way. I, and Muslims across this country, refuse to be involuntarily represented by some demented murderer unknown to us who ruthlessly took the lives of tens of people in Orlando today.

Today I am speechless. Fifty people- fifty human beings- lost their lives in an act of absolutely senseless and barbaric violence and a total disregard for humanity.

The news outlets are saying that the shooter affiliated himself with Islam. Know that Islam does not affiliate itself with him. It needs to be said: there is absolutely, categorically no place for what this man has done in Islam. I do not know of a single sound religious tradition that allows, let alone advocates, for such indiscriminate killing.

Allah says in the Quran, “Whoever kills a person [unjustly]…it is as though he has killed all mankind.”

Today, all of mankind is hurt by this man’s actions. I pray for justice, unity, and for the families who lost loves ones in this mindless tragedy.

Thinking of my brothers and sisters in the LGBTQ community this morning. I can only imagine how the loved ones of those killed in last night’s horrific actions in Orlando are feeling. The only way to make sense of such senseless acts is through living with hope, compassion and love. My thoughts and prayers are with you all. ‪#‎OrlandoShooting‬

We ordained for the Children of Israel that if any one slew a person – unless it be for murder or for spreading mischief in the land – it would be as if he slew the whole people: and if any one saved a life, it would be as if he saved the life of the whole people. Then although there came to them Our messengers with clear signs, yet, even after that, many of them continued to commit excesses in the land. (Qur’an 5:32)

And the most important thing that we can do as a community in response is to heed the wisdom of the Qur’an, and repel evil with that which is better:

Nor can goodness and Evil be equal. Repel (Evil) with what is better: Then will he between whom and thee was hatred become as it were thy friend and intimate! (Qur’an 41:34)

Let us respond to this tragedy, not by trying to define terrorism, or think about public policy, or politicians, or mental illness, but with simple determination to repel evil with what is better. Start by donating to LaunchGood for the families and victims in Orlando. And then let our duas be amplified by Ramadan accordingly. 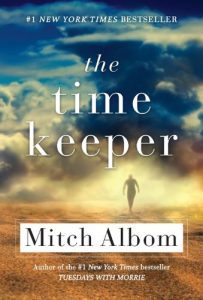