The transcript of Secretary Kerry’s remarks at the State Dept Iftar (to which I was invited but was sadly unable to attend) are now posted online and I found this section to be particularly moving:

I want you to know that the tradition of sharing respect for this particularly holy month actually reaches back to the earliest days of our Republic. This is the Benjamin Franklin Room, and it’s a fitting venue for this occasion because Ben Franklin was really our first formal diplomat. And he was also among the earliest proponents of religious freedom in our country. He wrote in his autobiography, “Even if the Mufti of Constantinople were to send a missionary to preach Mohammedanism to us, he would find a pulpit at his service.”

To find a pulpit at one’s service, to profess one’s faith openly and freely, that is really a core American value. And I’m proud to say, as all of us are who are American here, that it is enshrined in our Constitution, and hard fought for. And it has been at the center of our story, our national story, since the 1600s, when a fellow by the name of John Winthrop, who happened to have been my great grandfather eight times removed, led a ship full of religious dissidents across the Atlantic to America in order to seek the freedom of worship.

Throughout its history, America didn’t always get it right. In my home state of Massachusetts, John Winthrop and Puritans overreached, and people ran away from Salem and from other places to found New Haven, Connecticut, and found Providence, Rhode Island, named Providence after wandering a year through the woods in the winter in order to escape from persecution. So we didn’t always get it right.

But throughout our history, we have struggled with the divisiveness of religious differences. I can proudly say today that no place has ever welcomed so many different communities, so many people, to worship so freely. The diversity and the patriotism of America’s religious communities today are sources of strength for all of us. And our freedom to worship is a powerful reminder of the traditions that we share. E pluribus unum: from many, one. And from many faiths, we do stand together in one shared country. Now ultimately, our sense of kinship is grounded in our shared sense of humanity, a moral truth that emerges based on the dignity of all human beings.

Despite outbreaks of Islamophobia exacerbated by 9-11 over the past decade, Muslims in America are largely free to practice our faith to a degree unmatched by any other country in the world. In fact it is in so-called Islamic countries that Muslims are the most persecuted – Rohingya, Ahmadiyya, Baha’i, Ismailis, Shi’a, and Sunnis. Europe and the Far East are no better: France bans the hijab and China prevents its Uighurs from fasting. But not in America. Not here.

Preserving that freedom is what should matter most to the Muslim American community. Nowhere else in the Ummah is there any equivalent concern for civil rights and freedom of faith. Therefore we as a community need to prioritize in our concerns the preservation of that precious and rare freedom. Civil rights, combating Islamophobia, freedom to build mosques, the right to privacy – these are the issues that should be our primary concern, because they affect our families and our communities. 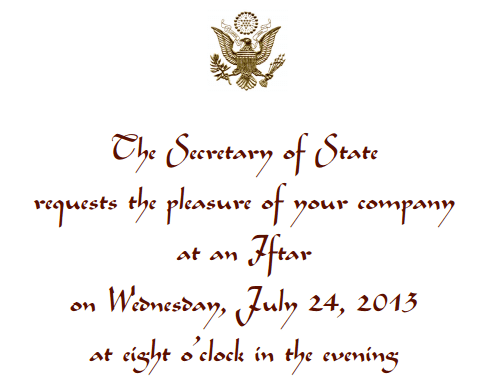