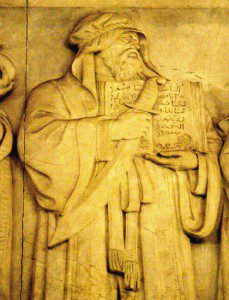 I am enjoying the debate with Professor Omid Safi of UNC about the White House Iftaar controversy and recommend his follow-up piece: 6 points towards a principled action of solidarity. In that piece, Omid argues that we have a religious obligation to boycott the Obama Administration’s efforts at Muslim American outreach. He invokes the Qur’an, specifically verse 4:135:

O ye who believe! stand out firmly for justice, as witnesses to Allah, even as against yourselves, or your parents, or your kin, and whether it be (against) rich or poor: for Allah can best protect both. Follow not the lusts (of your hearts), lest ye swerve, and if ye distort (justice) or decline to do justice, verily Allah is well-acquainted with all that ye do.

Indeed, we as muslims are obligated to stand up for justice, even when it means opposing our families and brethren. But the problem I have with the calls to boycott – and again, fully acknowledging that I was invited to the State Department iftar this year, so am biased – is that the Justice we are being asked to stand for is extremely one-sided, inconsistent, and most importantly not the moral priority for the Muslim American community. (and I emphasize the word, moral, here).

In the Washington Post, Faheem Younus points out that there is a lot of injustice out there that doesn’t get as much attention:

Yes, drone attacks are immoral and should be stopped. But where is the call for boycott of the Saudi funded madrassas that have fueled terrorist attacks that have claimed over tenfold Muslim lives as compared to the drones?

Yes, we should stand up for the Guantanamo Bay prisoners who are being force fed. But let’s also stand up for the well documented and sustained extrajudicial killings of prisoners at the hands of Muslim officers of the Pakistani army.

Yes, the pockets of racial and religious profiling by the U.S. authorities should be protested but who is going to wail against the institutionalized racial and religious oppression (and in some cases, killings) of the Shias in Pakistan, Ahmadis in Indonesia, Bahai’s in Iran and Copts in Egypt?

Demanding the same rights in the U.S. which we so blatantly trample in the Muslim countries takes away the strength of our moral arguments. It equates us with the very mindset we resent.

The issue of religious persecution is deeply personal for me. Members of my own Bohra community were the target of systematic, targeted murder in Pakistan last year. The Ummah, by and large, did not really rouse itself to care.

The truth is that many of those who lectured Muslim Americans as “traitors” and “house Muslims” for “denying the Ummah” in favor of the White House Iftar outreach devote most of their time to the “sexy” causes for Justice like drones, Gitmo, and of course the Palestinians. These are the issues that generate the most passion amongst the Muslim middle class in America. But if we make a simple tally of human lives, the calculus is skewed – far more Muslims suffer injustice and persecution at the hands of their Ummah brethren within Dar al-Islam than have ever suffered at the hands of the American Empire that Omid warns about.

Yes, we should stand for Justice. I criticized the drone warfare policy over three years ago, long before it was fashionable. More importantly, I have argued that Muslims should adopt a campaign against the doctrine of collateral damage in warfare, using the same moral arguments as those against land mines. But apart from critique, there is no analogy to be made with the civil rights movement as Omid tries to invoke, because these are injustices that are not subject to the sympathy and compassion of the American public. Bluntly, civil rights were about domestic oppression, whereas drones and Gitmo are about national security. And the actual victims of both are relatively small in number relative to the Muslim victims of injustice at the hands of their fellow Muslims. However, that latter injustice, though greater in scope, is not given prominence. Why? Is it because it is “easier” to blame America for the sicknesses of the Ummah rather than admit there is something rotten within? Or is it because of a reluctance to stand against “our kin” ? (as per Qur’an 4:135).

I fully agree with Omid that we as Muslim Americans should organize collectively and productively, following the example of the civil rights movement. But our target should not be foreign injustice, it should be the injustice right here at home. Examples:

* Islamophobia-inspired violence against Muslims and “Muslim-like” minorities (ie Sikhs)
* Religious freedom in terms of building mosques and Islamic centers (notably, Joplin and Park 51)
* Racial profiling, especially of African Americans (who comprise half the Muslim American population)
* TSA and immigration and customs persecution of Muslims (particularly, the No-Fly list)
* Invasion of privacy and domestic surveillance of Muslims by the NYPD (even in Jersey!)

and we should also lend our organization towards these causes which affect more than just the Muslim American community:

These are all areas in which sustained Muslim American organization and action can make a substantive impact and directly influence the quality of life and increase social justice not just for hundreds of thousands of Muslim Americans, but millions of Americans overall. That is how we should be spending our social capital and the justice we should be standing for.

This agenda is not focused on the Ummah, it is focused on our neighbors and fellow citizens. The Qur’an commands us to help the poor (107:1-3) and to do good by our neighbors both near and far (4:136). The Qur’an praises the People of the Book (3:113-115) who are our neighbors and fellow American citizens. By embracing a domestic agenda that uplifts our own communities, and benefits the broader community of citizens (Muslim and non-Muslim alike), we will automatically be standing up for justice – social justice, economic justice, and religious justice, in full compliance with verse 4:135.

And in agreement with Omid again, let’s close with the words of Martin Luther King at that meeting in Montgomery, Alabama on the 5th of December, 1955:

My friends, we are certainly very happy to see each of you out this evening. We are here this evening for serious business. We are here in a general sense because first and foremost we are American citizens, and we are determined to apply our citizenship to the fullness of its meaning. We are here also because of our love for democracy, because of our deep-seated belief that democracy transformed from thin paper to thick action is the greatest form of government on earth.
…
when the history books are written in the future, somebody will have to say, “There lived a race of people, a black people, ‘fleecy locks and black complexion’, a people who had the moral courage to stand up for their rights. And thereby they injected a new meaning into the veins of history and of civilization.” And we’re going to do that. God grant that we will do it before it is too late.

I think regardless of where we stand on the virtues of attending an iftar at the White House or not, we can agree that these are words to inspire us.