the new Exodus: Christians flee the occupation of the Holy Land

The narrative among Islamophobes and other partisans is that Islamic intolerance and Palestinian terrorism has forced Christians out of the Holy Land, but the reality is quite different, as reported by CBS’ 60 Minutes:

The report is only 15 minutes long and is absolutely worth watching (or reading the show script). In a nutshell, the Christian community is collateral damage from the harsh treatment of the Palestinians:

It was a powerful segment which revealed that the Christian population has diminished dramatically in recent years as Palestinians left for other countries. The exodus is not the result of Israeli policies that specifically target Christians and drive them from the place Christianity began.

None of this should be a surprise, given the incessant growth of Israeli settlements and the construction of the separation wall which, between them, have caused Palestinians of all persuasions to live literally between a rock and a hard place.

Christians, many of whom have relatives abroad, leave because they have places to go. But there is hardly a Palestinian, Christian or Muslim, who hasn’t considered getting out given the miserable conditions the occupation has inflicted on them, and the end of any hope that U.S. pressure on Israel will lead to it ending its illegal occupation of the West Bank.

The Israeli government reacted strongly to the report – in act, Israel’s Ambassador Michael Oren actually called up the president of the CBS network to complain about the report before it was even aired. Bob Simon of 60 Minutes actually incorporated an interview with Oren into the report:

For Israel, there could be serious economic consequences. According to Israeli government figures, tourism is a multi billion dollar business there. Most tourists are Christian. Many of them are American. That’s one reason why Israelis are very sensitive about their image in the United States. And that could be why Ambassador Oren phoned Jeff Fager, the head of CBS News and executive producer of 60 Minutes, while we were still reporting the story, long before tonight’s broadcast. He said he had information our story was quote: “a hatchet job.”

Michael Oren: It seemed to me outrageous. Completely incomprehensible that at a time when these communities, Christian communities throughout the Middle East are being oppressed and massacred, when churches are being burnt, when one of the great stories in history is unfolding? I think it’s– I think it’s– I think you got me a little bit mystified.

Bob Simon: And it was a reason to call the president of– chairman of CBS News?

Michael Oren: Bob, I’m the ambassador of the State of Israel. I do that very, very infrequently as ambassador. It’s just– that’s an extraordinary move for me to complain about something. When I heard that you were going to do a story about Christians in the Holy Land and my assum– and– and had, I believe, information about the nature of it, and it’s been confirmed by this interview today.

Bob Simon: Nothing’s been confirmed by the interview, Mr. Ambassador, because you don’t know what’s going to be put on air.

Bob Simon: Mr. Ambassador, I’ve been doing this a long time. And I’ve received lots of reactions from just about everyone I’ve done stories about. But I’ve never gotten a reaction before from a story that hasn’t been broadcast yet.

Michael Oren: Well, there’s a first time for everything, Bob.

Yes, there indeed is – including real journalism about what the facts on the ground are about the illegal occupation in the West Bank.

Kudos to CBS News for airing this report, and standing firm in response to intimidation. The group Jewish Voices for Peace actually has a petition setup to thank CBS News and 60 Minutes, which is worth signing. The petition reads,

ANd you can add your own commentary as well. It’s at ThankYou60Minutes.org. 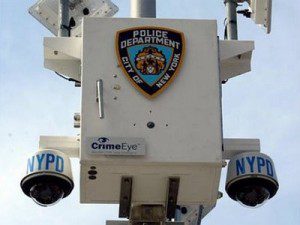