Yesterday I posted about the anniversary of the OKC bombing, and had some comment about the relevance to today’s investigations and surveillance of muslims. There’s a lengthy article in Foreign Policy that talks about the PATCON investigations by the FBI in the 80’s, which failed to detect McVeigh, which also touches on the analogy between then and now:

The undercover agents met some of the most infamous names in the movement, but their work never led to a single arrest. When McVeigh walked through the middle of the investigation in 1993, he went unnoticed.

PATCON is history, but it holds lessons for today. Since the attacks of Sept. 11, 2001, a series of arrests for homegrown terrorism has put a spotlight on the secretive world of government infiltration, especially in the Muslim community. Some critics have charged that these investigations, in which suspected jihadists are provided with the means and encouragement to carry out terrorist attacks before being arrested, constitute entrapment and set plots in motion that would never have emerged on their own. But these controversial tactics were around long before the FBI was restructured to prioritize terrorism. And Muslims aren’t the only targets.

Most undercover operations remain secret, especially if they do not result in prosecutions. PATCON stayed under wraps for nearly 15 years, until it was discovered in Freedom of Information Act requests by the author. The account that follows is based on thousands of pages of FBI records on PATCON and the groups it targeted, as well as interviews with FBI agents who worked on the case, former FBI informants, and members of the targeted groups. The documents and interviews reveal important lessons for the modern use of undercover agents and informants.

There’s a lengthy history of the trials and triulations of the PATCON investigations, including missteps and several changes of focus. It’s worth a read in full for that history alone, but I want to highlight this other passage for its relevance to surveillance (and cooperation with) the muslim community:

The dilemmas of PATCON point toward current debates over the use of infiltration, particularly in cases such as the NYPD’s monitoring of Muslim communities in New York, investigations predicated on the need to collect intelligence rather than build prosecutions on specific criminal activities. The value of the intelligence collected by PATCON is unclear in the final analysis. The only PATCON targets ever prosecuted were already under investigation by the Army, and none of the specific terrorist plots alleged in the FBI’s records ever came to fruition. Meanwhile, the perpetrator of the worst act of right-wing violence in U.S. history was in contact with several targets of the FBI’s investigation but apparently flew under the radar.

While there is obvious value in collecting information about extremist activity, it must be weighed against fiscal and social costs incurred, as well as the constitutional implications of targeting groups with strong political or religious components. In the case of the Patriots, the movement’s worldview is predicated on government persecution. The use of aggressive infiltration tactics — not just in PATCON — may have helped legitimize beliefs that some Patriots used to justify violence. At the same time, however, the story of PATCON raises the opposite question: If the investigation had been even more aggressive, might the FBI have detected McVeigh before he carried out his attack?

There are obviously fundamental differences between targeting the radical fringe Patriot movement and targeting the mainstream Muslim community. Targeting all Muslims for infiltration is akin to targeting all white Americans to gain intelligence on supremacists. And the social consequences of fomenting paranoia and mistrust of government in overwhelmingly law-abiding communities are different than within a movement that fundamentally presumes government malfeasance.

The right balance is hard to attain, but it’s equally obvious when things have gone too far. Both PATCON and the NYPD’s surveillance were ultimately failures, but for opposite reasons. 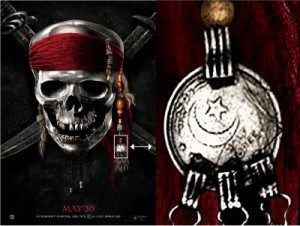