extrajudicial killing, Batman and the Joker 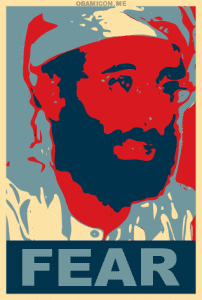 Should Batman kill the Joker? There is actually an ethical debate about this, which is quite relevant to our own national security debate over the question of extrajudicial killing.

I was in favor of the targeting of radical cleric Anwar al Awlaki for the simple reason that he had 1. declared war on America, and 2. placed himself beyond the reach of the civilian justice system. (Please see my earlier post on this for my full reasoning). I think that in some cases we are obligated to “kill the Joker” because the alternative does more harm to ourselves.

Attorney General Eric Holder recently gave a speech outlining the Government’s view on when targeted killing is allowed, which of course left hardcore civil rights activists like Glenn Greenwald unimpressed. But there’s an important distinction here – the President is at least accountable for the decision, unlike Batman.

So how is it exactly that a US President can order the extra-judicial killing of an American citizen? I agree. It’s a troubling thought. But I would approach it differently. Is it really possible that a US citizen can be operating abroad as a key leader of an international terrorist group, organizing and inspiring terrorist attacks within the US, and the US has no recourse other than to secure an arrest warrant and arrest him somewhere in the wilds of Yemen? That strikes me as preposterous.
…
I don’t think a US president should ever be allowed to do this within the United States or anywhere else where arrest is a credible option. I also think that in the case of targeting a US citizen, the President of the United States should need to personally authorize the decision. Someone has to take responsibility and be accountable.

The idea that his US citizenship mandates that he be handled through the US criminal justice system in every case, even the most extreme ones such as this, simply doesn’t make sense to me. So I just can’t credit that argument that targeting him is ‘illegal’.

Note: I continue to stand by my position that American muslims should adopt the abolition of aerial bombardment and renounce collateral damage as a doctrine of war as our political position. I’m also quite firmly on record as against the drone policy in Pakistan. However, a targeted killing like those against Awlaki or bin Laden is in a different category.