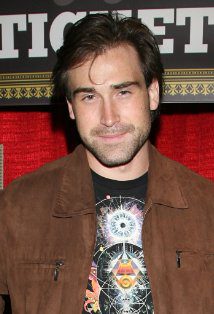 Did Sean Stone, the son of famed director Oliver stone and a director in his own right, convert to Islam while filming in Iran? Sort of. He did an interview with CNN about it and here’s a portion of the transcript:

WHITFIELD: Iran and Islam both critical topics of the news right now. Barely a day goes by that they are not in the headlines. But add one film-maker from a very famous family to the mix and you get a fascinating story. We’re talking about Sean Stone. His father is Oscar-winning director Oliver Stone and Sean is a filmmaker in his own right.

But now it’s his new faith that’s getting a lot of attention. Sean, his dad, is Jewish, and mom is Christian, is now also a Shiite Muslim. He became a Muslim on Valentine’s Day in Iran while working on a documentary there. The trip has given Sean an interesting perspective on Iran, its people, politics, and even its president, Mahmoud Ahmadinejad, which is why we’re getting some Facetime right now with Sean Stone, he’s joining us now from New York. Good to see you.

WHITFIELD: So Sean, what happened on this journey to Iran that then lured you to Islam?

SEAN STONE, FILMMAKER: Well, I wouldn’t call it lure so much. I happen to agree with Mohamed Gandhi said, you know, I’m a — he said, I’m a Hindu, a Jew, a Christian, a Muslim, a Buddhist. And you know, being there, seeing Islam in practice, I — and having read Koran, having studied Islam at Oxford and Princeton both, I just feel that it’s an extension of the Judeo-Christian heritage and Mohamed is a profit in that same line compared (ph) to Abraham. So, why not simply accept it publicly? I stated it publically rather than holding it privately. That’s the only thing that makes me a Muslim, actually.

WHITFIELD: So, you actually were interested in becoming a Muslim well before you even went to Iran?

STONE: It’s not that I feel like I’ve become a Muslim. I don’t feel any more Muslim than I am Christian or Jewish. I believe that I worship the same god I always have. And I have — I reaffirmed my faith in that one god.

And I think my purpose in this regard — in the sense is to help explain Islam to Americans and to the west, hopefully to let them see that it’s not a, you know, (INAUDIBLE) of fascism. I mean, Muhammad Ali, one of our hero boxers of all time, was a Muslim. But right now, there’s a lot of Islam phobia, and I just feel like it’s important for me to accept that as well as my other beliefs in today of Christianity and bridge (INAUDIBLE.)

WHITFIELD: So, what is it that you want people to have a better understanding about Islam that you think you’ll be better equipped to kind of convey?

STONE: I’m not saying that I’m better equipped than anyone else to convey it, but to simply — you know, to be a white face, first of all, it’s important because as, you know, people think of Islam, they think of Semitic peoples, Arab peoples, or black people but very few white who are Muslim. But Christianity and Judaism come from the same region. And now, you know, they’re white — you know, that’s white America. So, what’s wrong with accepting Islam and also showing respect for that religion?

WHITFIELD: OK. So, you’re not denying or replacing your association with being Jewish or even Christian, but you’re now incorporating the Muslim faith into that. And we asked a number of people who have been reading our belief blog to weigh in and offer some questions. And one comes from Sandra and she wrote this question and wanting it to be posed to you. A conversion is something that indicates a leaving of something else. The holy bible specifically states that you cannot serve two masters. How can you say, then, that your conversion to Islam does not mean that you have left, abandoned, the God of your parents? How do you respond to that?

STONE: Well, as I stated actually at a press conference in Iran, I never converted to Islam. I accepted Mohammed as a continuation of the profits. So, by accepting that, you know, Mohammed’s work was a continuation of that same tradition, I’ve always reaffirmed my belief in the one god. And so, however you choose to serve him, however you choose to worship him, whether — even in Judaism in the Christianity, we have different churches.

So, Stone is really affirming the commonality of the Abrahamic element to all three major faiths, and accepts Islam as a continuation of a single revelation. This is a very Islamic belief, one that Christians and Jews do NOT share, but as far as actually reciting the shahada I think it’s clear that Stone hasn’t gone that far. I commend him for what he is trying to do in educating people about the shared heritage of faith. But as he himself points out he isn’t a convert, though he has come so close that I wonder if it isn’t just a matter of time. Either way, jazakallah to him.