I Speak for Myself volume 2 available for pre-order

The second volume of I Speak or Myself is now available for pre-order on Amazon: 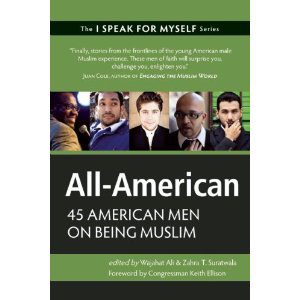 The book, like its predecessor, is a collection of essays from American Muslims, in this case men. I am honored to be a contributor to this book, along with Svend White, Shahed Amanullah, Aamer Jamali, and many other good friends. The foreword is written by Representative Keith Ellison, who is the single member of Congress I most admire (with Bernie Sanders being a close second).

The reason this is important is that it provides a vehicle to highlight ordinary muslims, and in particular that most terrifying variety, the muslim male. The number of essays (45) provides a huge cross-section of voices, but the common threads of patriotism, manhood, fatherhood, and angst will be familiar to every American male, not just muslims. With the deep pockets of the Islamophobia industry and the War on Muslims by the Republican Party , there’s a real need for books tha tell our side of the story like this, the previous book, and others like Ayesh Mattu’s Love, Inshallah.

Quite the all-star list, IMHO. (and me.) So, what are you waiting for? pre-order it now! 🙂