Religion and politics have always been a controversial pair. With so many politicians having various stances on moral issues, debates inevitably arise. Pope Francis expressed that Catholic bishops should approach and minister to politicians who support abortion with “compassion and tenderness.” The religious icon shared his belief that politics should not be a factor in Communion eligibility. Despite politicians having different political and moral views, the Pope believes that they should not be judged or shunned from religious services.

While traveling back home from Slovakia, the Pope was questioned about the controversy in the U.S. church. The pressing question was, “Should President Joe Biden and any other politicians should have Communion withheld because of their views on abortion?” Church leaders in the U.S. have decided to create a “teaching document” in the hopes of reprimanding Catholic politicians, such as President Biden, for participating in Communion in spite of their backing of pro-choice abortion rights.

Regarding the specific situation in the U.S., Pope Francis refused to give a direct “yes” or “no” response on the matter. The Catholic leader reasoned that he didn’t know the U.S. case well enough to give an official answer for either side. However, he stated clearly that abortion was “homicide” and that Catholic priests are not allowed to provide the Eucharist to someone who isn’t in accord with the church. In this occurrence, he referenced a Jew, someone who hasn’t been baptized, or one who had a falling out with the church.

The Pope emphasized that the most important takeaway from this topic of dissent is that bishops and priests have to respond to controversial political issues with the wisdom of God. He warned of the importance of having a spirit of discernment with “closeness, compassion and tenderness” when approaching politicians. Instead of responding with political rhetoric, priests must answer and advise with God’s Word.

“And what should pastors do? Be pastors, and not go condemning, condemning,” Pope Francis stated to address the issue. 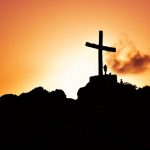