Bishop T.D. Jakes has had a multitude of accomplishments over the past 45 influential years of his career. The world-renowned pastor has inspired millions with his Christian ministries. However, there is so much more outside of the church that he has conquered.

To this day, Jakes’ goal remains the same: to spread God’s Word globally and help change lives for God’s Kingdom. The Potter’s House hosts leadership conferences, serves as an entertainment venue, and serves those in need through worldwide philanthropic outreach programs. Jakes was awarded the cover of Time magazine as America’s Best Preacher and on the list of the nation’s 25 Most Influential Evangelicals.

The wise pastor has had a substantial influence on U.S. politics. Jakes has counseled a few U.S. presidents such as former President Barack Obama, President Bill Clinton, President George W. Bush. He also frequently met with a plethora of global leaders as an honored guest.

Jakes made a splash in the film world as well. His movies have made over $500 million and set records in the faith realm of the film industry. The films he’s produced include “A Dog’s Way Home” (for Sony Pictures), “Miracles from Heaven” (sequel to “Heaven is for Real”), “Faith Under Fire” (for Lifetime), “On the Seventh Day,” “Winnie Mandela,” “Black Nativity,” “Jumping the Broom” and “Sparkle.”

His movie projects evolve and elevate the dynamic “faith-based” genre. The films tell stories about authentic people and experiences that are often overlooked or oversimplified in other movies. Jakes’ ability to portray substantial experiences with successful box office results and significant impact on the audience’s hearts is phenomenal.

Jakes’ entertainment ventures keep expanding with his stand-up comedy tour “A Time to Laugh.” This comedy and concert show features numerous talented rising artists and comedians. His music label Dexterity Sounds have produced some of the most revolutionary songs in currently in gospel music. Their thriving works have earned many awards, including Grammys for “The Storm is Over” and “A Wing and a Prayer.” The label is also recognized for producing the contemporary gospel group Grace and their award-winning worship experience DVDs.

Bishop T.D. Jakes will be celebrated for his 45 years of ministry at a worship service on Sunday, Sept. 26, at The Potter’s House at 9 a.m. C.T. The service will feature many special guest speakers and touching tributes. 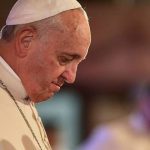