China has always had a controversial streak when it comes to religious freedom, especially with Christianity. Even though Christians in China are barred from acknowledging significant Christian figures, it is now mandatory for them to host prayer gatherings to celebrate the 76th anniversary of the “Victory of the Chinese People’s Anti-Japanese War.” The purpose of the revision to the annual event is to “demonstrate the good image of peace-loving Christianity in China.”

Bitter Winter magazine reported that the Chinese Communist Party recently sent a message to all churches under their control. The order stated that they must “organize peace prayer worship activities to commemorate the 76th anniversary of the victory of the Chinese People’s War of Resistance against Japanese Aggression and the World Anti-Fascist War around Sept. 3, according to the actual situation.”

The statement also read, “Local churches and congregations may, according to the actual local situation, carry out relevant peace prayer activities in a small and decentralized form, in line with the local requirements for prevention and control of the new COVID epidemic. To further promote the fine tradition of patriotism and love of religion and demonstrate the good image of peace-loving Christianity in China.”

All churches under the jurisdiction of the Protestant Three-Self Church are “required to submit evidence of the relevant activities (text, video and photo materials) to the Media Ministry Department of the China Christian Council by Sept. 10” or encounter repercussions according to the religious liberty magazine.

The persecution of Christians is increasing across China. In 2015, President Xi Jinping’s “sinicization campaign” was brought about to bring all religions under the complete authority of the atheist party and in sync with Chinese “societal norms.”

In May of this year, the CCP legally required churches under government control to have meetings to celebrate 100 years since its founding. A “Grateful and Praise for the CCP Blessing Mass” event occurred at a worship meeting held by the Chinese Patriotic Catholic Association in Jiangbei district of Chongqing city.

“The Church should organically unify ‘Love Party, Love Country, and Love Socialism’ and faith; boldly speak about politics while speaking about faith in accordance with the law,” Ding Yang, the officiating priest, stated about the mass.

Open Doors USA is an organization that seeks out persecution in more than 60 countries worldwide. They reported that China has around 97 million Christians, most worshiping in hiding because their church services are deemed “illegal.”

Fear tactics are coercing these at-home church leaders to enlist in the government-controlled church system. Those who fail to comply with their demands would have horrible ramifications. The Chinese government even went as far as to install over 160 million surveillance cameras near places of worship to identify church attendees.

In addition, Christians are frequently charged with “assembling in cults” or other false allegations against the CCP, like “intent to undermine the state.” The government even placed a ban on the buying or selling of Bibles online. Their government has also constrained Christian parents by threatening to remove their children’s education or relocating their children from their homes.

China has been classified as a “country of particular concern” for “continuing to engage in particularly severe violations of religious freedom” by the U.S. State Department. We must pray for

Christians in China that they will be freed from religious persecution. 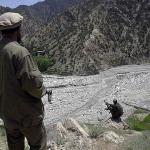 Taliban is Carrying Out Door-to-Door Manhunt, Targeting Christians
archives most recent
Get the Christ News Today Bible Verses email newsletterpowered by ArcaMax
More from Beliefnet and our partners
previous posts