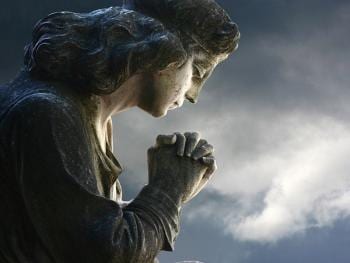 The story Parable of the Good Samaritan teaches the importance of why you need to ‘Love your neighbor as yourself.’ You learn that part of being a good Christian means helping people through random acts of kindness and those acts could be quite minimal or they could potentially save someone’s life.

Darren Shanks’s mother is counting her blessings and thanking the Lord above after she nearly lost her son back in April due to a brutal hit-and-run. The driver did not stop to check on Darren and left him fighting for his life.

Around 4 a.m., a man that Shanks mother describes as a guardian angel happened to be out and found Darren. The man called for an ambulance and stayed on sight with Darren until the ambulance arrived, which ultimately saved his life.

The ambulance rushed Darren to the hospital, where he was placed on a ventilator. Doctors concluded that Darren developed brain trauma from a high-velocity impact and would need significant time to recover and heal. Darren’s brain damage was far more severe than what doctors had previously thought.

After Darren was taken off a ventilator, he was still having issues being able to recognize anyone. His mother said that she is praying for his recovery and that she could not imagine any child being left in the street like that. It is truly a miracle that someone was out at that time and helped get medical assistance.

“I call him a guardian angel who came upon Darren and saw him and was kind enough to stay there with him. He called the ambulance and stayed there with him until the ambulance arrived. In today’s society that person needs to be thanked. I think that was just awesome,” Trawick said.

While the family is working on healing, they are also working on getting more information for the person responsible for the accident. Citizens are encouraged to come forward with any information they have by contacting the police.

“He was found on the road, there was a skateboard nearby, but other than that we have no witnesses. Officers did recover one small piece of a lens that looks like it belongs to a vehicle at that location,” said Captain Mark Overwise.

In a country where there is an estimated hit-and-run every 43 seconds, one could hope that more guardian angels are lurking around disguised as good samaritans. 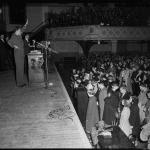 Greg Laurie: Billy Graham Was the Most Godly Man I Ever Met
archives most recent
Get the Christ News Today Bible Verses email newsletterpowered by ArcaMax
More from Beliefnet and our partners
previous posts