Over the weekend, Christians on social media rejoiced upon seeing a photo of Vice President, Mike Pence, taking a moment to pray with the Coronavirus Task Force team before they got to work.

Pence, whom President Donald Trump tapped to lead the response to the outbreak, put together a group of leading professionals such as Kelvin Droegmeier, who heads the White House’s Office of Science and Technology Policy. Pence also brought in Ben Carson and Stephen Hahn, both of who worked in the medical field prior to joining the federal government. Pence also named Deborah Birx, a career health official and State Department appointee focused on HIV/AIDS, to coordinate the White House response.

During one of the first joint meetings of the group, Pence took a moment to pray with the task force before they began a discussion on the next steps to combating the coronavirus.

Globally there are more than 83,000 known cases of the viral disease, known as COVID-19, with 2,900 reported deaths. The CDC has officially confirmed 22 cases in the U.S. so far, including at least four in which people were infected without traveling to an affected country or coming into contact with anyone known to have the disease, though that number is expected to climb once state results are confirmed. While the public fears what the coronavirus can do, officials on Sunday reassured citizens not to panic.

Pence, on NBC’s “Meet The Press” said public health experts had assured him that “the vast majority“ of Americans infected by the virus will recover.

“The reality … is that for most people that contract the coronavirus, they will recover,” Pence said on CNN’s “State of the Union.” “But for people that have other conditions, that would militate toward a worse outcome, that we could have more sad news.”

Pence acknowledged the United States has lagged other countries in terms of distributing testing kits, telling CNN’s Jake Tapper that “it’s a very fair question” and that the administration is “addressing it.”

Senate Minority Leader Chuck Schumer is also addressing the issue. “My plan to have Medicare fully cover the cost of the vaccine will mean no senior will be forced to make the choice between shelling out and going without,” Schumer said during a press conference. 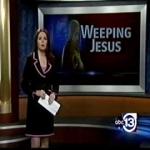