In the U.S., cases of Coronavirus have crossed 800and the death toll has risen over 20 with an even larger impact globally. Around the world, there are over 118,000 cases and over 4,200 deaths from the virus.

Luke 21:11 cautions us that there will be ‘pestilences in various places and fearful events’ in the final days. While we don’t know if the ‘pestilences’ Jesus mentions refers directly to COVID-19, is it a warning?

The word pestilence comes from the Greek word “loymos” which means plague, a fatal epidemic disease.

There are many who believe that the pestilences that Jesus spoke about will be fulfilled in the first 3 1/2 years of the seven-year tribulation period that follows the rapture.

Recently, there has been a wave of other biblical plagues. This has many wondering if the remaining six will strike soon.

According to Jewish tradition, all of the plagues that struck Egypt will reappear before the final redemption.

Last year, there were signs of the first plague appearing with water turning to blood. There were several cases of rivers turning blood-red reported in different spots around the world according to Breaking Israel News.

There were also signs of the seventh plague “hail” late last year with hail showing up in many unexpected locations. Some of these included Saudi Arabia which was hit by base-ball sized hail and Swaziland, South Africa where the hail was so intense that it killed a herd of cows. What really caught attention was the biblical mix of fire and ice that struck in Australia as ice storms.

The Bible addresses this in Exodus 9:22 which says, “Hashem said to Moshe, ‘Hold out your arm toward the sky that hail may fall on all the land of Egypt, upon man and beast and all the grasses of the field in the land of Egypt.”

Recently, Saudi Arabia was hit with a massive infestation of bugs, specifically locusts which is the eight plague. While natural causes were blamed for the insects’ appearance, the images of locusts were quickly connected with the plague.

Exodus 10:15 speaks of the eight plague which says. “They covered the face of the whole land, so that the land was darkened, and they ate all the plants in the land and all the fruit of the trees that the hail had left. Not a green thing remained, neither tree nor plant of the field, through all the land of Egypt.”

The final plague that has recently appeared is darkness. Exodus 10:21 speaks of this plague when it says, “Then the Lord said to Moses, ‘Stretch out your hand toward heaven, that there be darkness over the land of Egypt, a darkness to be felt.’”

In August 2017, the total solar eclipse that crossed the continental U.S. was followed by one of the most catastrophic hurricane seasons that we’ve seen in our nation’s history. Following this, on January 21st of last year, we experienced a lunar eclipse that passed over the country with major biblical significance. 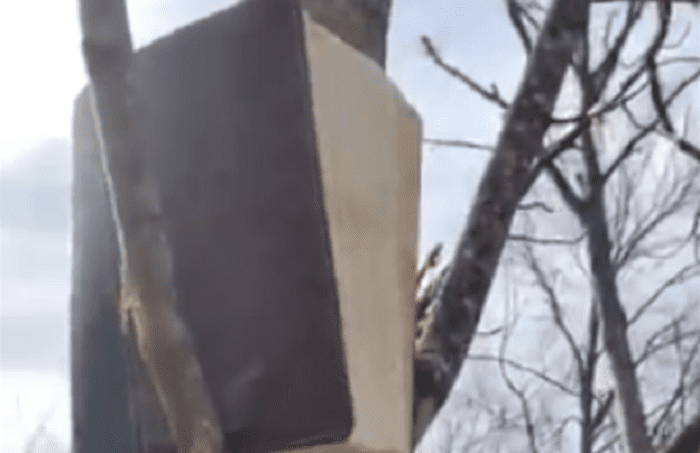