Pope Francis’ longtime atheist friend and interviewer, Eugenio Scalfari says that the Pope told him that once Jesus Christ became incarnate, he was a “man of exceptional virtues” but “not at all God” according to an October edition of La República, a Peruvian newspaper.

This would go against the teaching of not only the Catholic Church, but also most Christian churches – that Jesus Christ is the Son of God, was incarnated as fully man and fully God.

Two highly respected Catholic blogs, Rorate Caeli and Radio Spada say that in the Oct. 9 edition of La República, Scalfari states, “Those who, as it has happened many times with me, have had the luck of meeting him and speaking to him with the greatest cultural intimacy, know that Pope Francis conceives Christ as Jesus of Nazareth, man, not God incarnate.”

“Once incarnate, Jesus stops being a God and becomes a man until his death on the cross.”

Scalfari then says, “When I had the chance of discussing these sentences, Pope Francis told me: ‘They are the proven proof that Jesus of Nazareth, once having become a man, was, though a man of exceptional virtues, not at all a God.'”

In a brief statement from the Vatican, there isn’t a denial of what Scalfari reported about Pope Francis, but the Vatican said that it “cannot be considered as a faithful account of what was effectively said, but represent more a personal free interpretation of that which he [Scalfari] heard.

Scalfari, a veteran journalist has been published on the Vatican website and by the Vatican publishing house.

Rorate Caeli said for the record of events, there is no reason to doubt its general accuracy.

“Now, obviously, as it has often happened with Francis’ informal interviews with Eugenio Scalfari, some will try to deny the veracity of what Scalfari, a seasoned journalist, affirms,” Rorate Caeli writes.

“…We are past the time of doubting the general accuracy of the Scalfari quotes.”

Back in March 2018, Pope Francis reportedly said, “There is no Hell, there is the disappearance of sinful souls” in an interview with Scalfari.

This interview caused an upheaval. The Vatican responded, saying what the Pope reportedly said was a “reconstruction” and not “quoted.” The Vatican didn’t deny what was reported but said it couldn’t “be considered as a faithful transcription of the words of the Holy Father. “

In response to the October edition, the Vatican said, “As has been affirmed in other occasions, the words that Dr. Eugenio Scalfari attributes between quotes to the Holy Father during his colloquies held with him cannot be considered as a faithful account of what was effectively said, but represent more a personal and free interpretation of that which he heard, as appears entirely evident from what was written today concerning the divinity of Jesus Christ.” 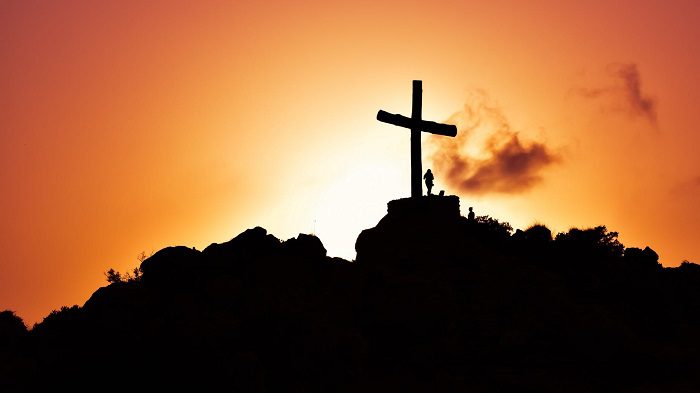 In Bolivar, Colombia, an incredible figure of Jesus Christ appeared on a tree trunk just days before the Easter holiday. The body of Christ appears on the tree trunk, while the branches of the tree give the impression the figure is hanging from a cross. Despite COVID-19 gathering restrictions set in place, many Christians flocked […]

Is the Apocalypse Happening Now? Christian Scholars Who Study End Times Weigh in With Important Message

As the coronavirus pandemic continues to spread globally, many are asking whether we are witnessing the end of the world. While many believe that COVID-19 is a sign that we are in the End Times, many Christian scholars who study end times say this is not the end of the world. “What is happening in […]