The Cross is Still Standing in Notre-Dame Cathedral, Some Calling it a Sign From God

They say a picture tells a thousand words and this couldn’t be truer.

Reuters Philippe Wojazer captured this somber yet breathtaking photograph of a cross still standing after the Notre-Dame Cathedral caught fire.

When the dust finally settled, this incredible image of the cross was left.

Despite the flames going up for hours, look at the altar inside!

The massive blaze at Notre Dame Cathedral in Paris devastated large parts of the 850-year-old church on Monday evening.

The fire lasted for many hours. While the main structure was saved, firefighters were unable to save the central spire, which had been added during a restoration project in the 19th century.

Two policemen and a firefighter were slightly injured during the fire, according to Paris Fire Brigade.  Thankfully, no lives were lost during this tragedy.

In addition to no lives being lost during the fire, we know that the cathedral’s bell towers, the crown of thorns and one of the cathedral’s rose windows ultimately survived. Other major art pieces from Notre Dame were also saved, thanks to the fire services and police, Paris’ mayor said.

While Paris prosecutor has opened an investigation, Remy Heitz told reporters, “Nothing suggests it was an intentional act.”

Firefighters are now working to ensure there is no further risk of fire and that the structure is stable.

Donors have already pledged hundreds of millions toward rebuilding efforts.

As we begin Holy Week, many see this image as a sign of hope that Jesus Christ is with us, even in the darkest hours. 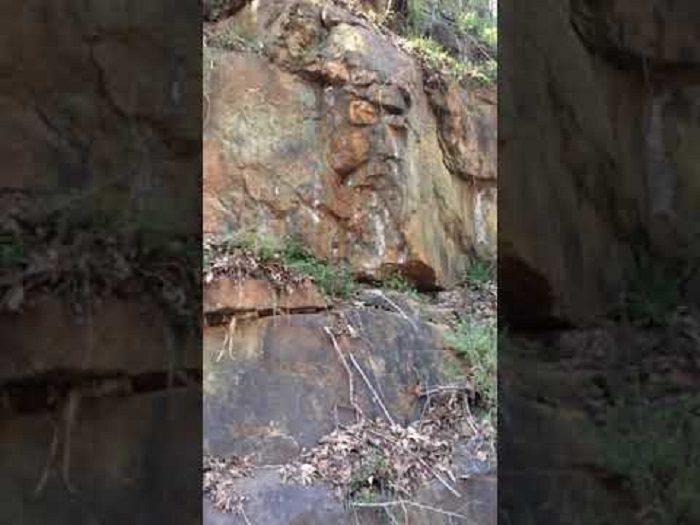 Former megachurch pastor Francis Chan recently opened up during a lecture at Moody Bible Institute about what he calls a miraculous experience while ministering in a remote village in Myanmar. This was a village that at one point, had no believers, Chan said. A woman who had created a relationship with the head monk in […]

Lord of the Rings Star Defends Faith, Says the World Owes Christianity ‘The Greatest Debt of Thanks’

Mysterious Cross Spotted in Clouds a "Message From God"

Can God manipulate nature to give us signs? This image is causing skeptics to question what they originally believed. A mysterious cloud-shaped cross appeared above the Holy Land of Isreal, causing viewers to say it was a “sign from heaven”. The image was sent by a user only known as “The Rabbi” to YouTube theorist […]

Donald Trump Claims Nancy Pelosi Doesn't Pray For Him, Doubts She Prays at All

Earlier this morning, President Donald Trump was speaking to a crowd of supporters at the White House when he put Nancy Pelosi’s faith into question. Trump was speaking to his impeachment acquittal when he launched an attack on Pelosi and Adam Schiff, calling them both terrible people. He continued by scoffing at the claim that […]