The University of Colorado at Colorado Springs is being sued for demanding that a Christian organization permit “atheists or other non-Christians to lead their Bible studies” if they want to be recognized on campus and become a registered club.

The Alliance Defending Freedom went to federal court in Colorado to defend the students. The group stated that: “The university refused to grant Ratio Christi registered status because it only allows those who share and personally hold beliefs consistent with the group’s mission to serve as its leaders.”

“As a Christian apologetics organization, Ratio Christi seeks to defend the Christian faith and explain how the Bible applies to various current cultural, ethical and political issues. Any student can attend its events. Any student of any faith can become a member of Ratio Christi, as long as he supports the group’s purpose. But Ratio Christi requires that those who lead the Christian organization must share its religious beliefs. As a result, the university has denied it registered status, limiting its access to funding, meeting and event space, and administrative support,” said the legal team.

“Like any other student group at a public university, religious student organizations should be free to choose their leaders without the government meddling,” said ADF Senior Counsel Travis Barham.

“It would be absurd for the university to require the vegan student group to appoint a meat-lover as its president. Likewise, the University of Colorado shouldn’t force Christian students to let atheist or other non-Christians to lead their Bible studies in order to become a registered club.”

This lawsuit disputes the school’s belief that it can deny registered status to certain groups if they choose leaders that share the group’s religious perspectives.

The lawsuit also notes other actions by the school against the Christian group, including that “non-religious groups are allowed to select members who support their purposes. And the university allows fraternities that admit only men and sororities that admit only women to continue as registered student organizations, in contradiction to the university’s policy against ‘discriminating based on sex.’”

Director of the ADF Center For Academic Freedom, ADF Senior Counsel Tyson Langhofer said that regardless of “claiming inclusiveness and diversity as its core values, the University of Colorado is failing to foster real diversity of thought and is, instead, discriminating against a Christian group based on its beliefs.”

The filing explains: “The First Amendment dictates that the ‘marketplace of ideas’ on a public university cannot prefer some viewpoints and cannot exile and denigrate others. It dictates that the government cannot force a religious organization to appoint as a leader someone who does not that organization’s beliefs or to accept as a member someone who does not support its mission. Nor can the government force citizens to choose between exercising their constitutional rights on the one hand and participating in government-run programs on the other.” 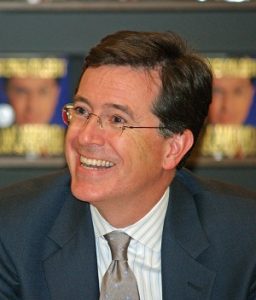 Stephen Colbert and Rev. James Martin Put God Back in the Spotlight
archives most recent
Get the Christ News Today Bible Verses email newsletterpowered by ArcaMax
More from Beliefnet and our partners
previous posts