Depictions of Jesus have been at the center of Christian art for centuries. That said, many of the most famous paintings and statues are relatively recent creations. These dominate popular beliefs about Jesus’ appearance both because they are the most common and because little early Christian art has survived until the modern day. As such, there are no alternative depictions to challenge the images of Christ that emerged during the Renaissance period in Europe. That, however, has slowly been changing in the last few years as more ancient Christian locations are uncovered and with them are older and older images of Jesus. One of those early Christian images was recently found in the ruins of Shivta, a Byzantine farming village in the middle of Israel’s Negev desert.

The baptistery in Shivta was uncovered in 1871 by linguist and explorer Edward Henry Palmer, but he and other visitors in the past had never paid much attention to what was on the walls of the church. Half a century later, archaeologists in the 1920’s thought they saw something of potential interest on the ancient stone, but the subject was never seriously pursued.  As such, an early depiction of Jesus was left forgotten until art historian Dr. Emma Maayan-Fanar stumbled across it. “I was there at the right time, at the right place with the right angle of light, and suddenly, I saw eyes,” Maayan-Fanar said. “It was the face of Jesus at his baptism, looking at us.”

The wall painting was badly damaged and had centuries of dirt accretion on it, but the 1,500 year old image has slowly been identified through the use of photographs. Historians are fascinated, but the painting of Jesus is damaged enough that the high-definition pictures are of little use to laymen. Experts, however, have noted that the Shivta imagery appears to favor the style that would become popular in the East where Jesus is depicted with short hair.

The earliest painting of Christ was created roughly 200 years after His death, and such ancient images of Jesus have captivated the collective Christian imagination because there are no detailed descriptions of Him in the Bible. Most people assume that he would look like the average Middle Eastern man from 2,000 years ago, but that description is less helpful than many people are aware. Genetic studies show that roughly 4,500 years before Jesus was born, Aryan migrants from Iran and southern Turkey settled in Israel. By Jesus’ time, the coastal Levant was a mix of people with dark hair, brown eyes and dark skin and those with fair skin and blue eyes. This means that Christ Himself could have had anything from black eyes to the traditional brown to hazel, blue or even green eyes. His skin color could have been anywhere on a similar spectrum. As such, there is no more consensus among modern Christians and scholars about how Jesus looked than there was among ancient Christians.

While ancient depictions of Christ are unlikely to give an exact image of Jesus’ appearance, they are always intriguing because they give modern historians a window into early Christianity. The painting found at Shivta requires a great deal of work to restore, but the archaeologists who discovered it are excited to see exactly what this ancient painting will have to say once the image has been repaired. 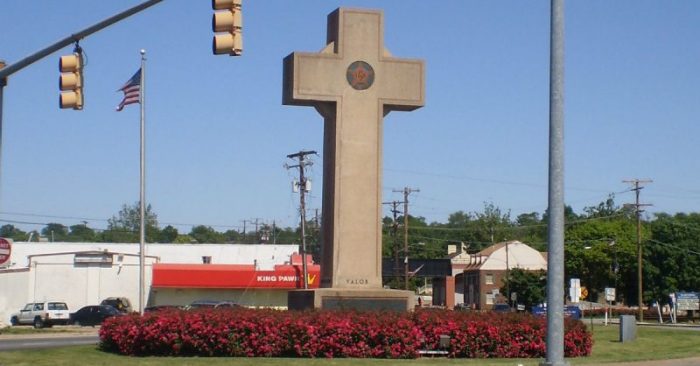