National Day of Prayer to Focus on Peace and Unity 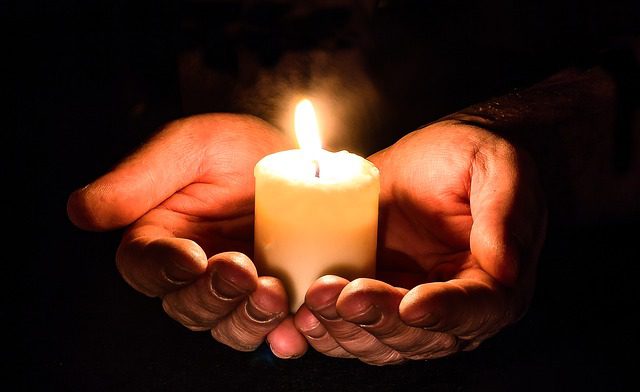 When was the last time you saw people really, truly getting along with those who were different? The odds are that it’s probably been a while. Oh, there is no doubt you have seen people who are of different races, genders or sexual orientations who seem to be the best of friends, but what about people who think differently? When was the last time you saw a passionate atheist and born-again Christian sit down together for lunch? How long has it been since a Republican and a Democrat had a civil discussion about anything deeper than the weather? Depending on where you live, you might even have been witness to a ridiculous debate on how the day is partly sunny not mostly cloudy, and heaven help you if you expect to find any semblance of civility on the internet. Insults, yelling and even death threats seem to be the lingua franca on social media. It is in this environment that the National Day of Prayer becomes so important.

The National Day of Prayer was first established by President Harry S. Truman in 1952 following a joint resolution calling for a day “on which the people of the United States may turn to God in prayer and meditation at churches, in groups and as individuals.” In 1988, the law was amended so that the National Day of Prayer would be held on the first Thursday in May. The stated intentions of the day were to unite the adherents of all great religions in prayer and to bring renewed respect to God to all peoples of the world.

The 2018 National Day of Prayer takes place on Thursday, May 3, 2018, and the Bible verse this year is Ephesians 4:3. This verse feels especially appropriate in the given cultural climate: the political left and right are more interested in insulting each other than finding compromise, atheists seem to find joy in punishing Christians for their beliefs, victims of tragedy are manipulated in espousing or supporting certain policies and family members have stopped speaking to each other because they voted for different presidential candidates. Rather than fanning the flames of dissent, Ephesians 4:3 calls for people to reunite both with each other and with God. “Make every effort to keep the unity of the Spirit through the bond of peace,” Paul writes in this verse. This is no doubt valuable advice at any time, but it is especially important to remember now. Unite with others in peace and joy to work for the common good rather than joining hands with a virtual lynch mob to rip apart the character and intelligence of a person you have never known as more than a Facebook status or tweet.

Incredible Discovery: Passages From the Bible Revealed Behind Ancient Qur’an Manuscript
archives most recent
More from Beliefnet and our partners
previous posts

Is Kanye West leading a new generation into the “Promised Land” of higher education? The 45-year-old “Jesus Walks” rapper and hip-hop cultural icon compared himself to the biblical Moses after recently launching his Christian private school in Southern California. His Instagram story went viral after he wrote, “No one asked Moses how much he slept,” in white […]

Anne Graham Lotz Warns that America has Turned Away from God

Dr. Michael Brown Has An Important Message For Christians Nationwide: "Only Jesus Can Save America"

Apologist, author, and radio host Dr. Michael Brown is convinced some Christians today are improperly conflating politics and the Gospel. “I agree that we’re dealing with existential issues,” Brown recently said during an appearance on CBN’s “Faith vs. Culture.” “I agree that [there’s a] battle for life … the battle for family, international issues, Israel […]