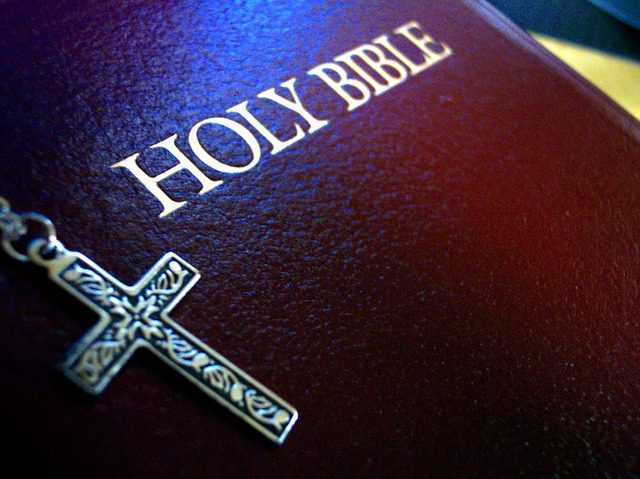 Everyone remembers reading a book in high school English that was supposedly a classic but just felt like a waste of time. “GQ” recently released an article titled “21 Books You Don’t Have to Read” that aimed to dethrone some so-called classics that really have seen better days. Unfortunately, the books “GQ” describes as “racist…sexist” and “really, really boring” are not exactly what anyone with sense would expect to find on a list of books that should be “[struck]…from the canon” of “Great Books.” Case in point? Number 12 on the list is nothing other than the Bible.

According to “GQ,” the Bible is “rated very highly by all the people who supposedly live by it but who in actuality have not read it.” The article goes on to describe the holy book of more than 2.2 billion people as “repetitive, self-contradictory, sententious, foolish, and…ill-intentioned.” What does “GQ” recommend people read instead? “The Notebook” by Agota Kristof, “a marvelous tale of two brothers who have to get along when things get rough.”

Replacing the Bible with a fiction book is madness. Beyond the incredible spiritual importance the Bible holds for nearly a third of all the people on Earth, the Bible is the foundation on which much of Western society was built. The United States Code references God no less than 68 times, and all 50 states reference God in their State Constitutions. Much of modern philosophy is based on this holy text, and the Bible has influenced world events since its official canonization in A.D. 367. Much of the art of the Renaissance depicted Biblical scenes, and ancient Catholic cathedrals are still seen as stunning works of architecture. A large reason that people emigrated to the New World was to avoid persecution for their interpretation of the Bible, and wars over differences in Biblical interpretations set a decent chunk of Europe on fire during the Protestant Reformation and Counter Reformation. In a more modern era, the Bible is still the moral backbone of hundreds of millions of people. The text has even infused multiple languages. To see proof of that, simply listen to what most people say after someone sneezes.

The idea that the Bible can be dismissed out of hand is as ridiculous as it is dangerous. Ignoring the text that is the bedrock of multiple nations’ cultures and informs the lives of almost a third of humanity is almost staggering in its cheerful ignorance. Regardless of whether or not a person is a practicing Christian, the Bible’s influence on history still cannot be overstated. It is without question the single most influential book of all time. Arguably the most important modern invention, the printing press, was created in part to allow for more people to own a Bible. The Bible also still influences modern debates about abortion, gay marriage and other hot button topics.

While the article understandably has Christians up in arms, the suggested readings in place of the classic books “GQ” dislikes are enough to have most people dismiss the entire article. “The Catcher in the Rye” was replaced with the lesbian teacher-student love story “Olivia.” McCullough’s tale of one of the founding fathers in “John Adams” was replaced with “Destiny of the Republic,” the story about the death of a president most people forget existed, President Garfield. “Angels,” a “nightmare that begins on a Greyhound bus” replaces “Dracula” whose titular character spawned an entire genre and the most portrayed literary character of all time. “Lord of the Rings,” which spawned several languages people actually speak and forever altered the genre of high fantasy, was cut from the list of classics as were “Gulliver’s Travels,” “Slaughterhouse-Five,” “Catch-22,” “The Adventures of Huckleberry Finn,” “A Farewell to Arms” and “The Old Man and the Sea.”

How and why “GQ” decided some of the most influential novels of all time have stopped mattering to modern readers is unclear. The novels reflect the time they were written in, but that does not detract from their importance. Even if “GQ” wants to erase books that kick started some of the most popular genres in existence, pretending away the book that forever altered the course of human history is a frightening thought. Regardless of whether or not someone sees the Bible as God’s word, no one can deny the book’s influence on everything from art to philosophy to military tactics. Somehow, however, that is not enough for it to remain on the list of “Great Books.” One has to wonder, given the list of books that did not make the cut for a must read, what are “GQ”s standards for a “Great Book?” Clearly they have a different idea than most of the world.

In Song of Solomon 2:15, the reader is warned to “Take us the foxes, the little foxes, that spoil the vines…” The passage seems out of place for a love poem, but within its context and the understanding of foxes as destructive creatures, the message becomes a warning to the lovers: Beware of anything that […]

A field fire sparked by the U.K. heatwave burned acres of land in the village of Lenham in Kent county but stopped at a giant cross that stands in the center of the field as a memorial for those killed in World War I. The field fire charred much of the ground but stopped at […]