‘One’ Man: In Support Of Angus T. Jones

What was the  worst thing Two And A Half Men actor Angus T. Jones said in his so-called religious rant this past week?

Probably the truth, because as they say … it hurts.

“The enemy” (the devil) is coming to get your through your television set and no one should watch Two And A Half Men because the show is “filth.”

Jones is correct, much of TV, including CBS’ hit show IS filth and he deserves credit for having the courage to take it on.

What little I have seen of the show over the years portrays men as sex-obsessed and women as some kind of trophy or prize.

Jones shouldn’t be mocked if he has had some kind of religious conversion and seen the light.

Things can be seen much more clearly, in fact, when the glare of the television cameras are off.

The same can be said for the TV set, as well. 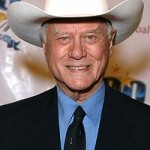