Here’s To You “Mr. Sacramento”!

Rush Limbaugh slips up at times, especially when he’s trying to be funny.

He’s also an old-time values guy, which pleases some and turns off other radio listeners — usually the former as the man has forged a remarkable career.

Rush, deserves credit too for being decent and kind enough this past week to pay homage to another media giant in his own way: former Sacramento TV newscaster Stan Atkinson, who just turned 80.

The pair have a Northern California link, as Rush sharpened his radio skills at KFBK in Sacramento a few decades back and they also became friends. Limbaugh noted the times Atkinson offered him career advice in those days … be true to yourself and know your stuff … was basically what Stan said.

Rush isn’t alone in his love and admiration for Atkinson, who became such a large presence in the city he became known as “Mr. Sacramento” for  his decades-long TV and charity work.

To many of us, he is just a good man and a good friend, as well. Atkinson was once very kind and friendly to a certain news intern, OK me, when I “worked” at the station that made him the most famous: KCRA.

Stan also developed a friendship with my brother, Augie, who cooked for the anchor during his time at Harlows Restaurant on J. St. in midtown Sacramento. (The Sacramento Bee erred in not doing an obit. on my brother, who died this past year, for his relationships with people like Atkinson, though I digress).

Stan is aging quite well, even recently making a humorous video of a current dance routine.

Atkinson continues to be a one-of-a-kind talent, for sure, even into his 80’s though I’ll always remember his open (“It’s 11 o’clock and we have news for you — DRAMATIC PAUSE and fold of paper — Next!)” and close to newscasts (“Sleep well —DRAMATIC PAUSE — and have a good tomorrow!)”

Too much —DRAMATIC PAUSE — but that is Stan! 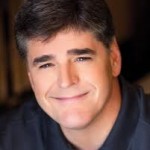