I had to “unfriend” a former associate on Facebook a few weeks ago for “accusing” me of only watching FOX News.

Although I “lean right” on many political and social topics, I have spent my career as a journalist trying to be fair …  probably even to the point of overdoing it at times!

(Although, let me be clear that Changing Channels is a blog post based on my opinions of the news, television, etc… an important distinction, esp. after my Joy Behar posts)

This supposed “friend” doesn’t know me and the fact that I watch plenty of CNN and even dabble a bit in MSNBC.

However, if I was to do a “report card” on the latter network’s “personalities” it would be: left, left, far left and even FURTHER left for all of them.

CNN too leans left, though not as strongly as MSNBC.

FOX News takes  a beating in some quarters for being a tool of the right wing of the Republican party, but when you break down the anchors’ presentations the network comes in “only” center-right.

In my opinion, Shep Smith is actually center-left, while Bill O’Reilly makes painstaking steps to stay in the center on his very popular ‘Factor’ program.

Bret Baier and Greta Van Susteren are arguably right-leaning, while Sean Hannity is further-right, like his radio show, but also regularly argues it out with liberals like Juan Williams.

All in all, not a bad report card, especially when compared to other media outlets.

What say you? Feel free to comment, whether to agree or disagree. 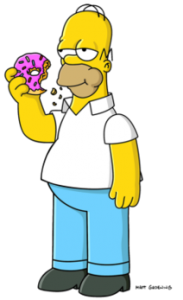 'Simpsons', 'Family Guy' and 'American Dad' ... All Trash From Same Garbage Can?
archives most recent
More from Beliefnet and our partners
previous posts