Did I get you to read this sentence because of the above headline?

If so, good, because that was PRECISELY my intent.

Although it’s true, in that this blog/feature IS an exclusive to Beliefnet.com, it’s also kind of stretching the truth a bit because …

Of COURSE it’s an exclusive!

Ok, what am I yammering about this time? … you may be asking yourself …

I’ll tell you … I have HAD IT with TV interviews that are supposedly exclusive.

The problem was, FOX News had an interview Portman … suddenly famous for being the man who trained Mitt Romney for his debates … earlier in the day.

‘Exclusives’ are nothing new, especially not in claiming them, it just would be nice if more of them were legitimate! 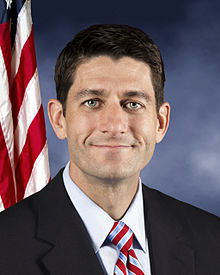 No Debate: Paul Ryan Ready To Be Veep
archives most recent
More from Beliefnet and our partners
previous posts