My View: No Joy In Watching Behar

She is often rude, crude and classless.

Really, there is very little joy when it comes to Joy Behar.
One of the personalities on ‘The View’ Behar is one of those mean and angry liberals who makes you mad at the television.
I know, I know, “mean liberals” today sounds oxymoronic but Behar really takes the cake … and then proceeds to shove it all in our collective faces.
And gets handsomely paid for it to boot.
When Behar wades into political waters, in particular, she shows just how cold and crass she can be as when she tweeted about President Obama refusing to meet with Israel’s leader when both were recently in New York.
“Obama is being bashed for doing the View instead of meeting world leaders. Maybe he’d rather talk to me than Netanyahu. Ever think of that?”
It wasn’t about you Joy, did you EVER think about that?
If ‘Joyless’ doesn’t have anything productive to add to the debate she should keep her mouth shut.
But that’s never stopped Behar, nor will anything, it seems … not even losing her CNN Headline News program.
Speaking of cold and callous, almost president Al ‘The Elevation Is To Blame For Obama’s Poor Debate Performance’ Gore, rescued Behar and gave her a show on his ‘Current’ channel.
‘Say Anything’ is its apropos title for a host who will do just that. No biggie though, as Current has far fewer viewers than even CNN.
It does give me some ‘Joy’ to report that.
read next post 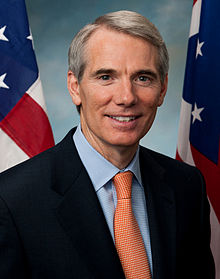 This Is An 'Exclusive' Blog Post!
archives most recent
More from Beliefnet and our partners
previous posts