Ellen Over Oprah? No Way …

The recent ABC 20/20-People Magazine show on the top television programs and personalities has certainly given me plenty of fodder, for sure.

I recently wrote a post disagreeing with the vote of I Love Lucy as the top comedy of all-time favoring All in the Family instead.

Even more egregious, and I don’t mean Philbin (there’s a joke in there somewhere) was Ellen edging out Oprah as the second-best show host of all-time (Johnny Carson was a solid No. 1 choice, although not a personal favorite).

Ellen over Oprah … are you kidding me?

Degeneres is a talented comedienne and pleasant enough daytime talk show host … but she’s NO Oprah!

Like Carson, I’m personally not a fan of Oprah’s but there’s no way to disregard her contributions to television. Oprah is THE daytime talk show host and even started her own network for crying out loud.

Winfrey even has a deal with Sirius/XM in which she rakes in millions for what appears to be hardly any effort at all.

The point is, without Oprah there likely wouldn’t even be an Ellen. Oprah is the mother of daytime shows shows, while Ellen is her cute little daughter by comparison.

That vote … or however they came up with that ‘decision’ was ridiculous and ludicrous. 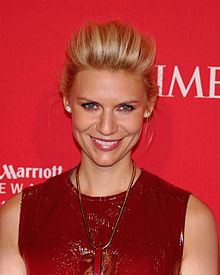 'Homeland' ... Best Show I Have Never Seen
archives most recent
More from Beliefnet and our partners
previous posts