With one of the most vicious weather episodes to ever hit a part of the country occurring, it seems there would be more important things to blog about today.

I’m sure all our hearts and prayers go out to all the affected people by Sandy, including rescue workers and police, firefighters.

However, due to the extreme interest, both positive and negative, in my recent Joy Behar post it’s probably important I address a few things about that story and my feelings about her.

First off, I may have been too harsh in stating my feelings about Joy and her work. She is an entertainer and people are entitled to watch and enjoy her on air… so for that, I apologize.

I am also entitled, however, to call her on something when I feel she crosses the line as I feel she did in tweeting about President Obama’s appearance on ‘The View’. She indicated that his preference to be there was fine and dandy.

There is legitimate concern in some quarters, whether his supporters like it or not, that the president is ‘dodging’ tough questions about certain foreign policy issues by appearing on ‘lite’ TV fare like talk shows instead of being queried on hard-news programs.

It does trouble my heart, yes I have one, that some of you are considering not visiting the Beliefnet site again over the initial Joy Behar post, but I also think it’s a shame … a shame that you are giving me that kind of power in your actions.

There are many different views represented on Beliefnet and mine is but one of many. I am pleased and proud that no “higher-up” in the company has approached me about silencing or changing my ‘view’ as it were.

We are blessed with free speech in this country, but I apologize for hurting your feelings if you like Joy Behar and agree with the things she says. I admit I may have been too harsh with what I wrote, but I stand behind the substance of it, even if the style could have been tweaked.

I have penned many positive posts for Changing Channels, like calling for prayer for the president, whether or not he wins re-election and for Robin Roberts in her ongoing health situation.

I will continue to write ‘nice’ and/or inspirational features, but there are difficult and controversial issues going on in television and the world that need to be addressed at times, too. 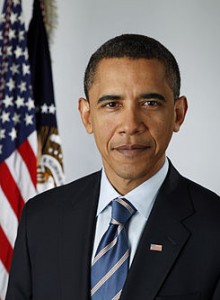 Thoughts & Prayers For President, His Family
archives most recent
More from Beliefnet and our partners
previous posts