Maybe I’m making too much of this, but at the end of Sunday’s The Apprentice it seems clear to me host Donald Trump is clearly looking in one direction when he fires the last of the remaining three competitors.

The thing is when NBC teased Sunday’s show in the final clips, Trump appears to be looking at just one celebrity: Clay Aiken.

I write this because the other two remaining contestants, Aubrey O’Day and Arsenio Hall, appeared to be sitting more to the center of “The Donald” when he points his finger at another fired ex-contestant.

Whatever the case, we’ll find out for sure on Sunday. For now, it’s just nice to see the nasty Lisa Lampanelli given the boot. 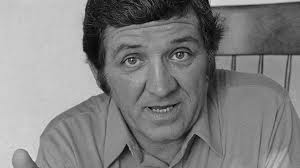 Goodbye Goober, You Were 'Pyle' Of Laughs
archives most recent
More from Beliefnet and our partners
previous posts