I’ll admit it, I changed my tune on Dick Clark’s  Rockin’ New Year’s Eve party.
Well, at least the program’s namesake, as co-host Ryan Seacrest and music acts like Lady GaGa are not my thing.
I had been a little harsh on watching Dick Clark slur through some segments during the ABC broadcast in recent years.

It was painful to watch, or listen to, the American Bandstand legend but so what?
Myself, and many Americans, will greatly miss Clark, who died of a massive heart attack Wednesday afternoon at the age of 82.

I found it particularly inspiring that Clark fought his way back from a stroke and looked well in recent New Year’s appearances … even as he struggled with his speech.
Perhaps ABC should have made the call to just show him waving to the crowd and doing the countdown with a group of revelers.
Watching him kiss his wife at the stroke of midnight was a nice touch … a bit of Americana we have now seen the last of.
It’s a sad day as the clock ran out on a true legend and a class act.
Check out Matt’s features on Yanks stars of the present and past at: http://yanksgoyard.com/author/mattster/ 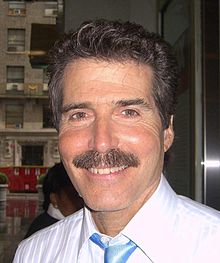 Hey FOX News ... Where You Hiding Stossel?
archives most recent
More from Beliefnet and our partners
previous posts