Shame On ABC For GCB

We keep pushing the envelope on taste and what’s acceptable in this country so far that even the bloated postal service couldn’t handle it.

That may have not been the most clever sentence I have ever written, but it seems to suit the new ABC series GCB, which premieres Sunday night.

Again, as I say with so many shows these days, “not that I’ll be watching”.

Thanks to commercials for GCB, which I don’t care to display the initials for here, I have already seen enough of the show to loathe what it stands for.

And I hope you will loathe it too, or what it tries to do. Go ahead, knock Republican presidential candidate Rick Santorum for railing against the role evil is playing in our society today.

“Cleavage makes your cross hang straight,” opines the sellout Kristen Chenoweth, in one of the mostly favorable reviews I have read of the show.

My, isn’t she smart?

“I feel confident the Good Lord would like me to have a new fur coat,” Annie Potts, of Designing Women fame, chimes in.

I feel confident the Good Lord doesn’t like what he sees in how we’ve become: disappointed would be one word, angry could be another.

This show, heck even just its ads, desecrate the cross and disrespect Christ.

Reason enough not to watch. I’m sorry I even spent a blog post on it, to be honest. 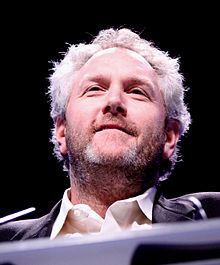