As if we don’t have enough people flipping the bird at the U.S. and who “don’t give a crap”, pardon the language, rapper M.I.A. got into the action.

In case you haven’t heard, though you probably have … which is part of her point … M.I.A. not only gave an inappropriate hand gesture during Madonna’s halftime show at the Super Bowl, she also uttered “I don’t give a #&%%^!” after.

What a nice, classy woman she is!

This is what passes for entertainment though, these days: A middle-aged singer WAY past her prime and another angry rapper NOT expressing her love and appreciation for the greatest nation on the face of the earth.

It’s a good thing the game was so exciting or M.I.A. would get even more attention than she deserves.

M.I.A. should have lived up to her name and been a no-show on the Giants big day.

check out Matt”s post on the New York Yankees at: http://yanksgoyard.com/author/mattster/ 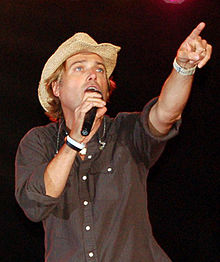 Madonna? Puhleez! How About A Christian Rocker Like Michael W. Smith, Amy Grant?
archives most recent
More from Beliefnet and our partners
previous posts