It’s creepy and it’s cooky and altogether ooky and if this is what it takes to sell magazines these days, then shut them all down.

Newsweek editor in chief Tina Brown’s decision to put the likeness of an “aging” Princess Diana on the cover with Kate Middleton and having the pair look at each other is creepy at best.

At worst, it appears to be a desperate attempt at saving the publication.

Is this the usually respected Newsweek or the more sensational National Enquirer we’re talking about here?

Brown did what she intended, however, which was to get people talking about Newsweek.

On a visit to FOX News Friday, Diana’s ex-butler said he was ticked off about the cover and found the story mulling what electronic devices she would be using today … if she were alive … unnecessary.

Just when I thought we were moving away from Diana into following the alive and quite likeable Prince William and Princess Kate, Newsweek pulls me back in!

Well, not quite … I wouldn’t buy the magazine … not this week, anyway.

follow matt aug http://twitter.com/#!/mattauge and/or friend me on facebook.com 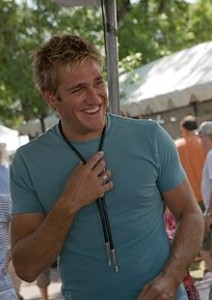 America's (Not) Great Next Restaurant ...
archives most recent
More from Beliefnet and our partners
previous posts