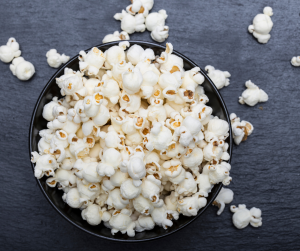 There are days when miracles seem to be popping up everywhere, like kernels of corn set to dancing in the heat beneath them. All I need to do is hold a bowl to catch them so they don’t scatter all over the floor. As I am typing the words, I smile as I imagine that scenario. I can even smell the tempting aroma.  Said miracles come in the form of time with dear ones this weekend as we celebrated Thanksgiving at the Falls Church, Virginia home of my friend Mitch. Taking the multi-hour drive from my Bucks County, PA home was made more enjoyable since I was accompanied by two others of my family of choice- Rainbow-Wolf and April. Normally, I make the trip on my own and need to listen to music and talk to absent friends via my Bluetooth to stay awake. I am not the most enthusiastic long-distance driver as are some folks in my life. This time, lively in-person conversations occurred about relationships, spiritual, sexuality, politics, creativity, consent, childhood memories, music, and dreams come true, as well as some yet to be realized.

These are some of my favorite topics and as I listened to their stories and experiences, I felt like I was getting to know these two relatively new friends better. The reason for the southward venture was two-fold. I facilitated a Cuddle Party workshop and then afterward, had more fun at what Mitch refers to as Friendsgiving with copious amounts of pot luck food and beverage, music, hugs, dancing, drumming, cuddles and conversation.  I have known some of these folks for at least 10 years and some I had only laid eyes on yesterday. All are part of what I call overlapping soul circles. I was sharing my long held belief based on experience that everyone we now know and love were once strangers and are waiting in the wings to cross paths with us at just the right time.

Rollback the clock to the day before- Friday when I had a reunion with a long time friend named Florrie who had been my supervisor at a job where I served as a social worker. We estimated that it had been 18 years since we had seen each other. It was as if no time had passed and time indeed slipped away as we chatted about what had occurred in our lives in the turning of the calendar pages. I arrived at the Allways Cafe early. It is a sweet little place that serves healthy ‘slow food,’ as opposed to fast food. Vegan squash soup and falafel wrap with overflowing cucumbers and tzatziki goodness filled our tummies as the warmth of friendship filled our hearts and memories, our minds. In the few moments before my friend came through the door, I overheard a young man telling the person who worked the counter that he was a journalist. Of course, my ears were twitching and I asked him what he wrote. Turns out his style is much like mine. He was joined by his 92-year-old-who-looks-like-she-is-70-something grandmother. Beautiful, inside and out as she agreed to a hug. She is a bit younger than my parents would be if they were still on this side of the veil. It was a lovely encounter and I look forward to staying in touch with them.

I have noticed that other, not so pleasant thoughts arise like popcorn, such as what I think of as memory blips. A few nights ago, the word ‘albino’ came through in a dream, as it refers to a person with extremely pale skin, light hair and translucent blue eyes. I think there was someone who looked like that who was attempting to communicate a message. When  I woke up, I couldn’t remember the word. Hmmm, albumen?  altruistic? allergy? I then turned to a part of my brain that resides in Google and found the word again. I said it over and over to hold it in my head. Sadly, within a few minutes, it slipped away again. I tried pulling it back by envisioning a character in the movie The Princess Bride who worked in the torture chamber dungeon that had Westley stretched out on the rack. He was a bit of a comical dude. So, now when the word creeps through the cracks, I will think of him.

That whole memory challenge has been a source of anxiety. As I am now 61, with an active life, I was sure I would be sharp as a tack. The tack seems to be dulling. I don’t sense that it is early onset dementia, although it is, admittedly a fear. As long as I can think and speak and write, I can work. Thank goodness for the thesaurus function on my computer. I am allowing those thoughts to pop up too and instead of ducking for cover, I imagine coating them with caramel or chocolate and savor them.

11:11
archives most recent
More from Beliefnet and our partners
previous posts