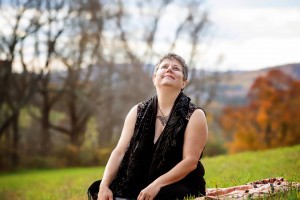 I wrote this last year and woke up thinking about the significance of this date for me. It is now 21 years since the events of the day unfolded.

“11:11 holds mixed emotions for me. I love the coming together of the numbers and the significance of that paradigm. It is also the day 20 years ago (holy shift, Batman!) that Michael entered the hospital in a coma, for the last time, that sent us on a 5 1/2 week journey that ended with his passing on 12/21/98. Not dwelling on it, simply remembering.

I wrote this missive four years ago. It is part of my life story. The rest is still being written day by day.

“Long share, but bear with me as I bare my soul here~

I just had a memory about a pivotal event that occurred 16 years ago today that I had completely forgotten about it until I was speaking with my cousin Jody a few minutes ago. My husband, had, several years earlier, been diagnosed with Hepatitis C and was in the end-stage of the disease at the time. He was on the UNOS list waiting for a liver transplant and used to say wryly that he wouldn’t be Status 1 on the list until he was “flat on my back in the ICU on a ventilator,” since there are more in need of organ transplants than donors – one reason I am an organ donor. I was working as a nursing home social worker back then and had received a call from the home care nurse who had come by for a visit. She told me that he needed to go to the hospital since his symptoms had worsened, but he was refusing. I asked her to put him on the phone and the last words he said were “Leave me alone, I’m ok.” By the time I got home, he was in a coma and I called 911 and he was rushed to Doylestown Hospital and then transferred to Thomas Jefferson in Philly since that’s where the transplant team was.

Thus began our 5 1/2 week adventure that had me literally living in the ICU with him, since I didn’t want to leave his side in case the transplant occurred or if he passed. It was one of the most profound spiritual experiences of my life that had me in almost constant communion with the Divine. I prepared myself for him to either live or die, focusing on the first, but knowing that the second was likely as well.

My friends and family rallied round, including my dear mother who flew up from Florida and spent nearly the entire time with me, sleeping in the waiting room or in a chair next to Michael’s bed. Bless all those who were with me through that ordeal, especially my sister Jan, cousin Jody, my friend Barb, my friend Yvonne and Michael’s sisters who are still in my life.

I learned more medical terminology than I would have liked to, but as a medical social worker, it helped to be on the other side of the experience. They treated me both as a peer and family member of a patient, which I appreciated and explained everything in detail. I called them Angels in Scrubs.

I decorated his room with colorful art and plants, making it as homey as possible for both of us. I had a tape player on repeat with various types of soothing music wafting. The staff said it felt like a haven for them too. We were there through Thanksgiving and Hanukkah, so I put up festive decorations- we celebrated all of the winter holidays.

Michael passed on December 21st of 1998 and each year beginning on this day, I have experienced body memory of those days. Over the years, that feeling has waned and waxed. Now that I am facing my own health stuff, I am experiencing much joy and appreciation for each day as it unfolds, respecting my choices without too many ‘have to’s’. I am honoring my body’s messages, so today took a long nap.

This is not a call for sympathy since Michael’s death launched me into a life that brought with it, a career as a minister, bereavement counselor, free-lance journalist and speaker with greater insight into resilience than ever I had prior. I continue to shed co-dependent tendencies. I have called into my life soul friends who I might not have met otherwise. I have learned to love in deeper ways than I knew how before. I am forgiving myself and Michael for choices we made in the years we were together throughout our ‘paradoxical marriage’ as I call it. We have both moved on and I am curious about what his afterlife is like and what he would think about all of the ways in which the world has changed since his death. Wonder what he would think of Facebook(: since he was sometimes self-revealing and sometimes shy.

At this time, I am also a few weeks away from the 4th anniversary of my mother’s death on November 26th, so holidays can be emotionally challenging.”

Eager to see what unfolds, day by day. I am grateful that YOU are all part of my world