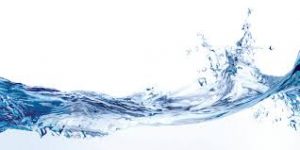 Woke up from a ‘what is going on in MY psyche?’ dream. In it, I  was on a ship that was taking on water and sinking, although not like the Titanic which capsized after impact with an iceberg, in one fell swoop but over a period of time that felt like weeks. The people on board hailed from all over the world cloaked in colorful garments. I knew some and others were strangers. We couldn’t get off the floating village even if we wanted to. They all seemed not to want to.  Some had even set up shop in a marketplace space and were selling their wares to anyone who would purchase them. It felt like ‘business as usual’.  I was doing my taking care of others thang that I usually do in my daily life. I found myself reassuring people that we wouldn’t drown and at some points in the dream I was bailing water. I didn’t notice anyone else with buckets in hand, so it felt like I was all alone in my endeavor to keep us afloat.

I kept hearing the song White Flag by Dido as the soundscape throughout which made me chuckle.

As I walked throughout the various levels and rooms of the ship, I saw two couples get married (someone else did the honors) and watched healing take place in a family I know. The father had died a few years ago and he had been abusive to them. In the dream, they were all sitting on a long sofa and he expressed sorrow for his actions and asked for their forgiveness and told them how much he appreciated them. Clearly, he had done some soul-searching and was ready to make amends for his actions.

In another part of the dream, I was running on top of the water and singing about being loved. It felt reassuring that I didn’t sink beneath the surface into the frigid depths. There was a sense of trust that God had my back.

One question that kept coming to me, was that if we were not out at sea, how come no one came to rescue us? No one could answer why. I got the feeling that we needed to save ourselves. The irony was that no else seemed to notice a problem with our circumstances but for me.

Some post dream thoughts:  When I was speaking about it with a colleague today, the intuitive therapist that she is, she pointed out that I was walking on water in the manner of Jesus, as a way of putting my faith in Spirit.  I volleyed back with the reminder that I was not only walking on water but rather, dancing and running.

I was clear that this dream was telling me that I sometimes feel as if I am in over my head, have a fear of collapsing under the weight of expectations, feel awash in emotion, and as if I have to work miracles. It seems to be a reflection of the state of the world, this sense of the importance of pulling together to rescue ourselves from peril.

A Wrinkle In Time: Movie Review
archives most recent
More from Beliefnet and our partners
previous posts