A Wrinkle In Time: Movie Review

Like many people I know, I waited with bated breath for the much anticipated blockbuster film A Wrinkle In Time, based on the classic 1962 novel by Madeleine L’Engle. I was introduced to it in junior high school and it has become one of my all-time favorite books, the pages of which I have turned countless times over the years. With the juxtaposition of love and fear, good and evil, self-worth and self -loathing, power and powerlessness, the source material had plenty going for it that fed my mind.

Ava DuVernay‘s film stars Oprah Winfrey, Mindy Kaling, and Reese Witherspoon as Mrs. Which, Mrs. Who, and Mrs. Whatsit, who are the celestial tour guides for Meg (Storm Reid), Charles Wallace (Deric McCabe) and Calvin (Levi Miller) as they venture to parts unknown to find and rescue Meg and Charles Wallace’s scientist father Dr. Alex Murry (Chris Pine)  who had, four years earlier, ‘tessered’ across time and space and was held captive on a dark planet called Camazotz. Even the name has a sinister sense about it, as viewers will witness. Gugu Mbatha-Raw plays their mother, Dr. Kate Murry. The comic relief in the movie was the gender-bending role of The Happy Medium, who in the book was a woman and is portrayed on screen by Zach Galifianakis, sporting a man bun. I got a kick out of his zen master meets yogi meets life coach persona.

The visually appealing scenery had a Wizard of Oz feel to it, with its rich, vivid colors jumping off the screen and otherworldly imagery in which flowers were communicators that informed the travelers where Dr. Murray had journeyed, and time bends to allow people to pass through waves of energy.

As the central character, Meg feels like a misfit. Her curly, wiry hair  and big glasses make her stand out from her peers who are stereotypical mean girls who bully her, her stellar mind (although she doesn’t view herself that way) has her seeming like an alien to the others, her anger at the ways in which people gossip about her dad’s whereabouts, splash over into her interactions at school and get her in trouble with the administration. The prodigious Charles Wallace is both her baby brother and her wise protector. Calvin is a love interest, who is able to fit into the ‘normal’ mode she so desperately seeks to fit into, but he carries a secret that is revealed later in the film. The “Mrs.” as they are referred to collectively, spout wisdom; some in quotes, rendered by Mrs. Who, some in sarcasm, from Mrs. Whatsit and some in self-help jargon as one might expect from Mrs. Which (sometimes hovering in larger than life form, by glittery Oprah). Their costumes are gossamer lovely and they change them throughout the film.

Although the plot remains the same, some major changes have taken place. The character of Charles Wallace was the Murry’s biological child and in the film, he was adopted (the rationale was that it added to the diversity of the cast),  the twin brothers Sandy and Dennys were completely removed, as was Aunt Beast (a character who nurtured Meg back to health after a particularly bumpy landing when time traveling.) Much of the dialog was cut and the cultural references were updated. The sameness of the denizens of Camazotz was highlighted by the Stepford Wives looking mothers who called their rhythmically ball bouncing children in for dinner. The idea of mind control, in service to dark forces, was eerie, as was the dystopic, totalitarian presentation that frighteningly echoes present-day events.

DuVernay’s vision of a multi-cultural/multi-racial cast is beautifully played out on screen. By the end of the film, love prevails and Meg finds not only her father but her bearings and place in the world. 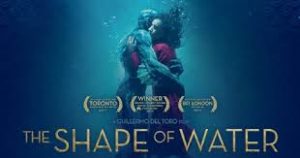 The Shape of Water: Movie Review
archives most recent
More from Beliefnet and our partners
previous posts