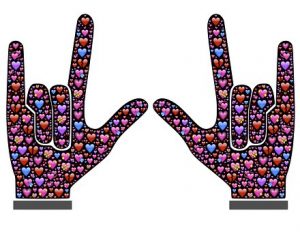 I was speaking with someone recently about the break up of a relationship he has been in for many years. It, like all connections, had a beginning, middle, and end. In their case, it had middles and ends and rekindlings several times. I know he isn’t alone, as I have observed that dynamic in my therapy practice and on occasion in my own life. Not quite ready to let go. Not sure about moving on. Uncertain about who we are outside the union we had formed. Reinventing ourselves over and over. Taking a piece of that person with us when we leave, hopefully, not in a co-dependent, not knowing where you begin and I end manner, but rather an irrevocable blending of hearts and souls. In my 58 years on the planet, I have merged with many who remain (as one of my dear friends/former partners has said) “in my bone marrow.”  Hard to shake them and when I bond with someone that way, tender feelings remain, sometimes decades after moving on to love again.

An essential nutrient in relationships is the sharing of interests. It doesn’t mean that we are in lock step with partners, joined at the hip, in a ‘you and me against the world’ kind of thing. Rather, it follows that we open the door and invite the other to enter our worlds and they encourage us to become involved in theirs. Perhaps they are already familiar with our activities and that may have been how we met. That has been the case in many of my partnerships. I have met some engaged in mutually interesting events that we continued to share. That might include workshops, meetups, classes, fitness routines, concerts, nature, volunteering, dancing, drumming, sporting events, gardening…the list is endless.  I do know couples whose interests are divergent and still, they encourage the other person to pursue them even if they, themselves don’t. In healthy relationships, people become each other’s cheerleaders on the sidelines.

I, like you, have traveled a path before coming face to face with various people. I marvel at the truth that those I know and love/have known and have loved, were once strangers who were living a life somewhere in the world until our paths crossed seemingly serendipitously or by divine design. I am never sure which it is, but I am amazed, if not surprised when they arrive. Open to it being a daily occurrence.

Relationships thrive when we meet that need and can starve if we don’t. 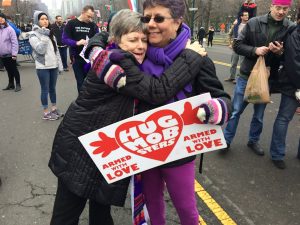