Why Jesus? The Vagabond on the Move, the Troublemaking Prince of Peace 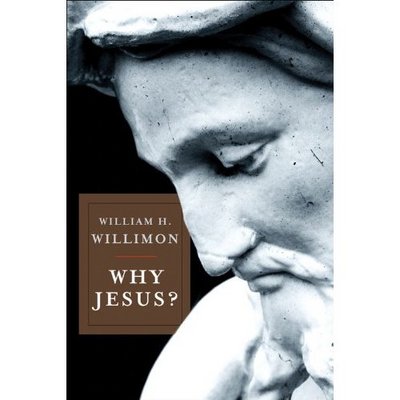 “The modern world has many ways of turning us in on ourselves, eventually to worship the dear little god within. Christianity, the religion evoked by Jesus, is a decidedly fierce means of wrenching us outward. We are not left alone peacefully to console ourselves with our sweet bromides, or to snuggle with allegedly beautiful Mother Nature, or even to close our eyes and hug humanity in general. A God  whom we couldn’t have thought up on our own has turned to us, reached to us, revealed to be someone quite other than the God  we would have if God were merely a figment of our imagination—God is a Jew from Nazareth who lived briefly, died violently, and rose unexpectedly. This God scared us to death but also thrilled us to life.” (p. 6).

In the first chapter of the book, Will deals with the fact that Jesus, is Jesus in motion, and not Jesus the stay at home rabbi.  Most people meet Jesus on the road, and if they really want to get to know him, they have to become followers, literally and travel with him. He is “God in motion, urgently making his way to us in defeat of the desert in which we wander.”  (p. 1).   Jesus led them away from the status quo and toward something new– new wine, new covenant, new commandments, new lifestyle, new deathstyle, and more.

One of the major emphases in the first chapter is that Jesus is indeed enigmatic as well as charismatic.  What in the world is the point of the miracle at Cana?  Jesus offers no teaching, and most of the crowd don’t know a miracle has happened at all.  And yet some disciples believe in him and get a glimpse of fleeting glory.   What kind of messiah is this?  If God had raised Julius Caesar from the dead, we would still be talking about it,  but it wouldn’t have been a shock in the Greco-Roman world. Some actually came to think of Emperors as sons of the gods. The fact that God raised Jesus from the dead tells us not only a lot about God, it tells us a lot about the importance of Jesus.  People seldom asked Why Julius Caesar. It was self-evident. He was the conqueror of Gaul among many other things.  But for sure, Jesus’ unexpected ministry raised the question Why Jesus?  To get to know Jesus you have to travel with him.

I love Will’s asides in this book— for instance where he deals with the Cana story (p. 11) he says “Aside to Jesus: I hope you appreciate how this story about your antics at the wedding party made my work with college students much more difficult.  When I was hammering on a student for his abuse of alcohol on campus, he, being a Baptist, shot back with ‘At least I didn’t go as far as Jesus in John 2.”

In the second full chapter,  Will asks the question what exactly it means to call Jesus the prince of peace.  Can you imagine a Christmas card that instead of having an infant in a manger shows the slaughtering of the innocents?  The truth is that the birth and life and death of Jesus has precipitated a lot of violence. And Jesus warned it would be so saying he did not come to bring peace, but a metaphorical sword.  One of the more interesting paragraphs in the second chapter points out that ‘Glory to God in the highest and on earth peace on those whom God favors” sounds remarkably like Caesar’s royal proclamations “Glory to August Caesar, God in the highest, and on earth, peace to those with whom he is well please’ (and presumably hell on earth to those with whom Caesar is not pleased). (p. 14).  Will is right that  Luke is portraying Jesus as the reality of which Caesar is only the parody.

(N.B. there are a few mistakes in this book.  Herod the Great was not a Gentile, he was mostly an Idumean, part Edomite, part Jew, and Galilee is not part of Judea, even when Judea was a Roman province name).  What sort of peace did Jesus bring to the life of Mary when he came into this world?  More of a disruption.  And what sort of peace did he bring to the fishermen,  more a disruption to their daily lives.   No wonder this peace Jesus brings is called past understanding.  On p.16 Will discusses the encounter between Jesus and Pilate, and he is right the Greek of Jesus’ reply (a conversation which presumably really was in Greek since Jesus likely knew no Latin, and Pilate no Aramaic)– ‘my kingdom is not from this world’, which certainly does not mean ‘my kingdom is in another world’ nor does it mean ‘my kingdom is of this world’.  What it does mean, is that Jesus’ kingdom, while in this world,  is not like any other kingdom or rule in this world.   Jesus’ power, authority derives from God, not from a human source.   What’s the difference?   “Jesus commented that if his kingdom were ‘from here’ established by the powers that sustain earthly kingdoms, his followers would march and make war on Pilate’s kingdom. Jesus’ followers do not take up the sword because they are citizens of a kingdom ‘not from here’.’   (p. 17).    This is exactly correct, and one of the reasons I am a pacifist.  No allegiance to any other kingdom, including the American one, takes priority over my allegiance to Jesus and his kingdom,  and his way of doing kingdom business.    As Jesus said when Peter tried to use a sword to advance his kingdom—- stop it.  Those who live by the sword, die by the sword.   Exactly,  but it is also often true that those who live for the Gospel of the prince of peace often have died by other’s swords.   Have you noticed that while we have many instances in the NT of people harming and killing Jesus’ followers, apart from the one instance in which Peter takes up the sword and is rebuked by Jesus, we have 0, Nada, no instances of Christians using violence against their torments.  Instead, they are called to pray for their enemies, bless those who curse them, and leave vengeance in God’s hands, not take weapons up into their own hands.  How did Jesus react to his crucifiers? While dying on the cross he simply said ‘Father forgive them, they know not what they do”, and then of course he called us to take up our crosses and follow the same path and the same response to our tormentors.

As Will says, “There are many rationales for a ‘just war’  or for self defense, or for capital punishment, abortion, national security, or military strength. None of them. you will note is able to make reference to Jesus or the words and deeds of any of his first followers. You can argue that violence is sometimes effective, or justified by circumstances, or a possible means to a better end, or practiced by every nation on the face of the earth— but you can’t drag Jesus into the argument with you.’  (p. 18).   He is right about this.   Why Jesus?  Because he is the perfect revelation of God’s character, and as it turns out,  God is not much like us.
If God wins victory in this world by accepting death on a cross, then all our values have to be transvalued, all our common sense becomes nonsense when it comes to how we have life and have it abundantly.  “God’s kingdom has a very small door, right-sized for the lowly to enter, so low that big people are required to stoop.”  (p. 21).

Why Jesus? A Review in Several Parts
archives most recent
More from Beliefnet and our partners
previous posts