Why Jesus? Savior and Sovereign 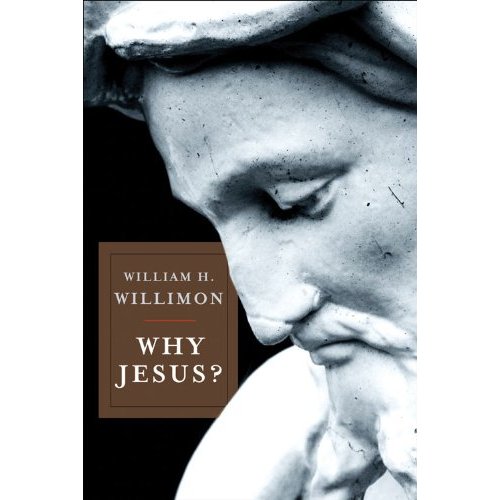 “The Master seems to find more joy in careless sowing, miraculous growing, and reckless harvesting than in the taxonomy of [separating] the good from the bad, the worthwhile from the worthless, the saved from the damned.”  (p. 78, with correction).   What sort of Savior was Jesus exactly?    The parables of Jesus portray a picture of an extravagant God going to extravagant lengths to reach even the least, last, and lost.  Rather than the parables telling us how much God is like us,  they mostly tell us how differently God acts than most of us, most of the time.  Sensible shepherds do not leave 99 good sheep unattended to rescue the one straggler.  Nor does a sensible woman spend all day ripping up the carpet to find a penny.  “God the searching shepherd, the careless farmer, the undiscerning fisherman, the reckless woman, the extravagant father, the prodigal Samaritan. Jesus reveals a God who is no reckless, reclusive deity.”  (p. 79).

One of the main emphases in the Savior chapter is that Jesus seeks and saves the lost. They hardly ever come running to find him.  He seeks them out— like a Zaccheus for instance— a stinking tax collector in bed with Rome. “What a kingdom where the main requirement for membership is to be honest-to-God lost, and the main  claim of citizenship is not to have discovered but to have been found!” (. p. 82).  To the pious Jesus says ‘the tax collectors and prostitutes are going into the Kingdom ahead of you.  This ought to make plain old decent church folk a bit nervous, frankly.

Salvation is God’s business, not ours,  says Will, and he is right.  We may have Brother Love’s Traveling Salvation Show, but its just a dog and pony show unless God shows up and saves someones.  Jesus, it is said in John’s Gospel, when he is lifted up, will draw all persons to him— like a gigantic magnet.  Will’s testimony is, “As a pastor, I’ve seen people slip through the cracks, ripped violently through the eye of the needle, caught in a great dragnet, cut down and gathered for harvest, pursued all the way into the wilderness, drawn unto him, invited. It is, for me, living proof that God was in Christ and reconciling the whole wide world.”  (p. 83).  Like Othello demanding the ‘occular proof’  Willimon has seen what he has seen— and there is no gainsaying it.
—–
In his chapter entitled Sovereign,  Will stresses that the Kingdom, like salvation, is what God does, and for some reason it starts ridiculously small— like a mustard seed. Its not the result of human effort.  Jesus’ present reign is not self-evident. It can only be seen with the eyes of faith. It’s more like buried treasure than the Taj Mahal.  When it comes to the kingdom, believing leads to seeing, not the other way around.   Faith in such a situation is a matter of receiving a gift, not surveying the territory and making a choice based on perceived evidence.
“Membership in the kingdom is not limited to those with enough leisure and resources to sit around thinking spiritual thoughts; it’s accessible for all, particularly those whom many of the presumed righteous exclude by their rules and rituals. Jesus simply announcement that God is present, that God is already establishing God’s rule.”  (p. 92).

“Jesus’ challenge was not, ‘How can I have a more purposeful life?’ but rather, ‘How can I get my life aligned with God’s purposes for creation?'” (p. 94).  Amen to that.

When we forgive our enemies, when we bless those who persecute us, Jesus is not calling us to be pious doormats for the hobnail boots of the world. Rather we are living out, and living out of the kingdom that has already begun to come,  which has begun to revolutionize the world, and the way we look at the world. (p. 95).  The point is the kingdom is an established fact, not merely something we wish for.  God in Christ has begun to take charge of things on earth as in heaven, and any time we live out the kingdom values, there is a chance someone will see what is coming, what is gaining on us,  what is going to happen, what is a preview of coming attractions,  what is a foretaste of glory divine, a foreshadowing of the new heaven and new earth.

When we say Jesus is Lord, among the many things that means is that both Jesus is in charge, and also that he must be obeyed.  His teaching is not optional, it is obligatory, if that is we want to enter the final Kingdom.  He calls us to a higher righteousness, but he enables that higher righteousness through his saving work in and for us.   In Jesus the sovereignty of God is redefined by the image of God as Abba, a loving Father who relates to us as a compassionate parent not a tyrannical dictator, kind and merciful is how sovereignty is exercises, not controlling and stifling.   Jesus however was not interested in just changing our hearts, he came to change the world.

Near the end of this chapter (p. 99), Willimon analyzes the famous rich young ruler story. He notes three striking things— this is the only time in the Synoptics that Jesus is reported to have openly looked at and loved a particular person (cf. the Beloved Disciple in John), secondly, this is the only time that we are told Jesus invited a young adult to come and join his band of merry men, and it is also the only time we clearly know of where a direct invitation was turned down.  And then Willimon notes— we Westerners would do well to note the reason for the refusal— he had much stuff.   Whatever it is in your life that you love more than Jesus,  if you want to follow Jesus,  Jesus will require that you give up that something, even if,  as in my case, it was a particular vision of my ministry future.