VIRGIN TERRITORY— WHY THE VIRGINAL CONCEPTION? 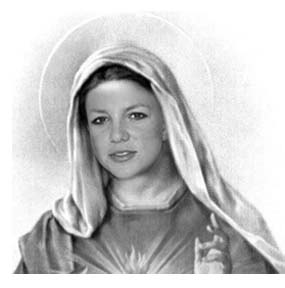 Let’s
make one thing clear from the start.  It

really shouldn’t be called the virgin birth.
Yes a virgin gave birth in this story, but the miracle took place at the
point of conception,  not at the point of
birth.   And another thing, Isaiah 7.14
in the Hebrew really didn’t adequately prepare anyone, even Mary, for what is
to come.   When early Jews read ‘a young
nubile woman will conceive and give birth to a child’ (Hebrew) or even ‘a
virgin with conceive and give birth to a child’
in neither case did that necessarily lead to the conclusion— ‘Oh a
virginal conception is meant’.   Why
not,  while the Hebrew and Greek are
compatible with such a reading of the text, they are capable of other
interpretations, for example ‘a virgin will conceive….’ as a phrase  tells us nothing of the agency of
conception.  You could assume that it was
by the normal means. In an honor and shame culture where virginity was highly
prized, there were a lot of virgins out there conceiving for the first
time.   Why is Mary’s story different?

When
you begin to understand how Isaiah 7.14 was understood prior to the time of
Jesus,  you will understand why the story
of the virginal conception comes as a surprise, and indeed suggested scandal to
the skeptical.   No one was looking for a
virginally conceived messiah,  and if
some Jewish woman claimed that, well,  a
righteous man like Joseph had every reason to be skeptical and divorce her
quietly.   And of course in the later
Jewish tradition there was even the tradition that Mary had been impregnated by
a Roman soldier named Panthera or Pantera (yes, apparently  the source of the name of the heavy metal
band).   Here’s the point,  it was an actual historical event in the life
of Mary, an event that could not be avoided or explained away, that caused the
searching of the Scriptures  to find out
whether God had forewarned his people about this strange event.   In short, the story of Mary’s miraculous
conception is not conjured up out of OT prophecy, any more than it is conjured
up out of supposed parallel stories about Emperors.  There are no stories about virginally
conceived Emperors— NONE.   Stories of
deities raping human woman are in no way parallel to this story, because in
those myths, there is male agency involved, albeit a divine male.    The Holy Spirit ain’t just another mythical
divine guy.  In short, the parallels fail
at precisely the crucial point, as do the results.  The point of the divine impregnation stories
is to make clear how the Emperor came to have a divine nature.   It’s a myth of origins.    This is not at all the point or purpose of
the story of the virginal conception.
The Son of God was already divine when he took on human form in the womb
of Mary.  There was no need for divine
impregnation to make someone divine in
the Gospel story.   It was exactly
the opposition that was being explained—– how a human being could be
conceived and born and be truly human without the agency of a human male.   And why?
Why did the virginal conception have to happen?

Now we
are swimming in deep theological waters.
Those without swimming and life-saving merit badges already should not
jump into this water.  Why is it in two
very different birth  stories in two very
different Gospels  the First and Third
Evangelists insist, are adamant—- there was a virginal conception?    Well, of course, you could say— because that’s the way it actually happened.
Yes, but that doesn’t in any way
answer the prior question— Why did God see fit to do it this way, especially
since early Jews weren’t expecting a virginally conceived son of David.  Probably the most coherent and cogent
explanation is that there was something wrong with human nature,  something badly wrong.  Sin had marred, distorted, warped the image
of God in each of us.   We were, and
remain, fallen creatures.    Now this sin
nature,  this fallenness,  this soul darkness,  is not how we were created.   While Pope was right that ‘to err is human’
it is not true that in order to be truly human as God designed us, one must
err,  one must sin.   It is not a surprise then that there is
insistences in Hebrews that Jesus was tempted like us in every respect,  but he did not sin.   Why was it important that the Son of Man be
fully like us in every way that God made us,
and not like us in our sin?

Well
for one thing,  Jesus came as the last
Adam to set right the fallen race of humankind.
You can’t be part of the solution if actually you are inherently and by
nature a part of the problem.   In fact
Jesus came to start a whole new race of humanity,  the last race, the race in which there was
neither Jew nor Gentile, but all are one.
When Jesus came he accepted all the normal limitations of being  fully human—- limitations of time, space,
knowledge, and power.    He however was
not a sinner either by birth or by behavior.
Why is this important?

Paradoxically
enough, we find the answer to that not in the story about Jesus’s birth but in
the story about his death.  Jesus was, as
Dorothy Sayers put it,  the man born to
die and not die just any sort of death.    He came
not to be served but to serve and give his life as a ransom in the place of the
many.  Jesus was the one person for whom
Jesus did not need to die, and indeed he is the one person who did not deserve
to pay the wages for sin,  which is
death.   In order for Jesus to offer an
unblemished and perfect sacrifice,  he
had to live a sinless life, and have a sinless nature.  At the very same time, in order for him to be
our substitute, he had to be truly and fully human.  He had to be able to die!   He had to be mortal.    The in some ways exhilarating and in some
ways heartbreaking story of this whole deal is told in Phil. 2.5-11, where we
learn that the Son of God, who was equal to the Father and had all sorts of
divine frequent flyer miles, stripped himself of his divine prerogatives and
took on the nature of a human being, and not just any sort of human— a
servant amongst humans,     Put in theological terms while the Son of God
did not give up his divine nature in order to become human, he did indeed put
the omnis on hold—- omniscience, omnipotence, omnipresence, etc.   Human beings all have the limitations of
time, space, knowledge and power, and so did Jesus.   He was Adam gone right, obedient to the
Father.

The
reason Jesus’ death was sufficient to atone for the sins of the world, is
because his was a perfect self-sacrifice, an unblemished sacrifice.  And in the Jewish schema of things,  in the Biblical scheme of things,  this was exactly what was necessary, and all
that was necessary to atone for sins.   So way back at the beginning,  the Son of God came into the world by means
of virginal conception, by passing our fallen human nature passed from one
generation to the next by normal human intercourse.

What
about Mary?    Wasn’t she just a normal
Jewish girl?  Well of course there are
the Catholic traditions about her immaculate conception and sinlessness, but in
fact nothing in the Bible favors this explanation, and somethings in the
Gospels go clearly against it (but that’s a story for another day).   If however we look at Luke’s birth narrative
he stresses ‘and the Holy Spirit will overshadow you….” .  In other words,  God sanctified her womb, and so while she
contributed the human nature to Jesus,
through a miracle in that womb, it was not a fallen one.    God thought of everything!

Under
the radar of the fallen world,  and
without Jewish expectation, a virginally conceived Savior slipped into this
world under cover of darkness, incognito.
And so it is that the hopes and fears of all the years, are met in
him.   He certainly did not come to meet our
expectations, he came to meet our needs.   And the greatest need of all humans is our
sin sickness, a sickness unto death.
Jesus came that we might have life, and have it abundantly, indeed
forever.  He came that he might give new
birth to our sin sick souls.     As
George McDonald put it long ago—- “we were looking for a king to slay our
foes and lift us high.   But
(unexpectedly)  you came a little baby
thing, that made a woman cry.”

Hallelujah…….. There is a good reason to celebrate this and
every Christmas.