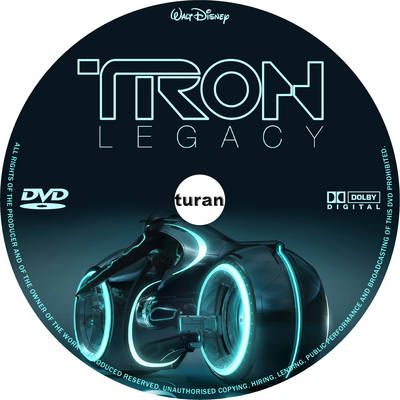 Jeff Bridges stars in two movies this Christmas, and they could not be more different. One is the Coen Brothers remake of John Wayne’s film ‘True Grit’, the other is the long awaited sequel to Tron, a truly groundbreaking film.  We will deal with ‘True Grit’ later.   One needs to keep in mind this is a Disney film.  The visuals are very alluring, though they remind one of that recent Budweiser commercial with girls from outer space offering  Budlight and ‘shraplication’.  Tron Legacy is sexless,  but not quite bloodless, despite a plot that is plodding, and some bad reviews as a result.

Though the visuals are alluring, the digital world conjured up is frankly not appealing.  I wouldn’t even want to visit it.  This world is dark, dangerous, and merciless.  And talk about stilted dialogue.  It’s almost as bad as the dialogue in Avatar.  But of course the computer generation doesn’t much go to movies for dazzling dialogue— just give me the visual 3D effects.  Jeff Bridges is o.k. in this film as the zen master creator of the world of Tron.   Garrett Hedlund is the real star of the film and he is a little better, reminding one of the young man who played Kirk in the Star Trek reboot.  The sound track sounds rebooted as well— can you say Jean Michel Jarre’s Oxygene.  Maybe we were meant to think that this digital world is rather like the 80s when the original was made.

The movie plods along its 2 hours and 7 minutes, and honestly it would have been much better at about 90 minutes. This is a film where the director probably fell too much in love with the visuals and couldn’t cut things for the sake of the story. Not even a naughty Michael Sheen as Castor/Zeus can throw any thunderbolts into this film.  Tron himself plays only a very minor role in this movie which is too bad.  Clue, the computer generated Kevin Flynn alter ego gets to be the main bad guy.

But what exactly happens in this world in the grid—- contests involving throwing of lethal frisbees,  riding of electron bikes that are modeled on Ducatis, some predictable Star Wars like flying battles at the end.  And what exactly ties these few action scenes together?  Not much.  There is the nice idea of the isomorphic algorithm girl Quorra, but alas she has too small a role, and of course it is not explained how a digital female could ever escape the grid.  Indeed, little is explained. Poor Jeff Bridges says the following—- ‘Perfection is standing right in front of you’  and ‘Perfection is unknowable’  and for good measure ‘Perfection is not what we are striving for’.   O.K.—- which is it?

For those of us who saw the original ground-breaking Tron movie decades ago, this is mostly sad as a sequel.  It needed more ideas, better dialogue, better action, more plot, and frankly better characters.  The visuals alone stand out, and they are worth seeing, but they are not worth the  3D price tag.  If I were Sam Flynn, I would ask for both my Dad back, and my quarter back.